Jharkhand Row Over Lalu Yadav’s Shift To A Luxurious Bungalow

The 72-year-old leader has landed in a fresh row over the rent of Kelly’s Bungalow of the director of Rajendra Institute of Medical Sciences (RIMS), built on a three-acre campus in Ranchi, where he was recently shifted from the hospital. 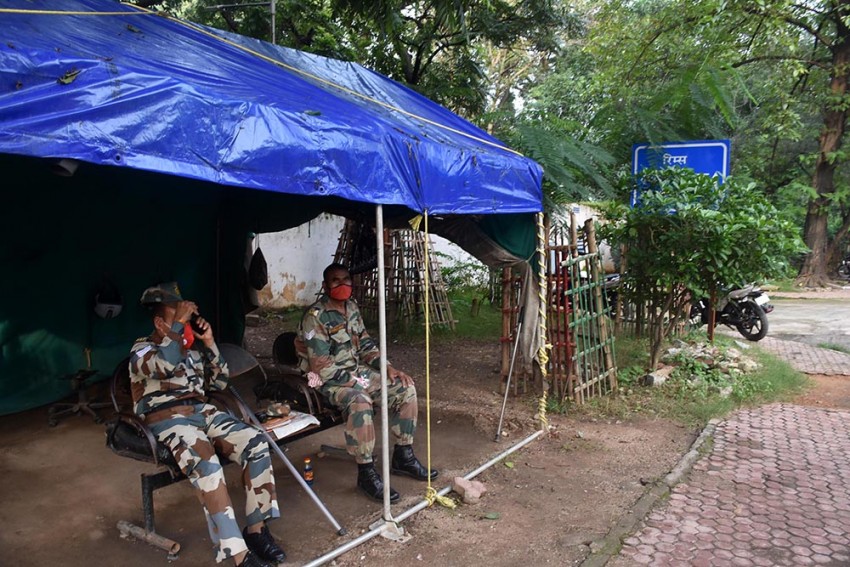 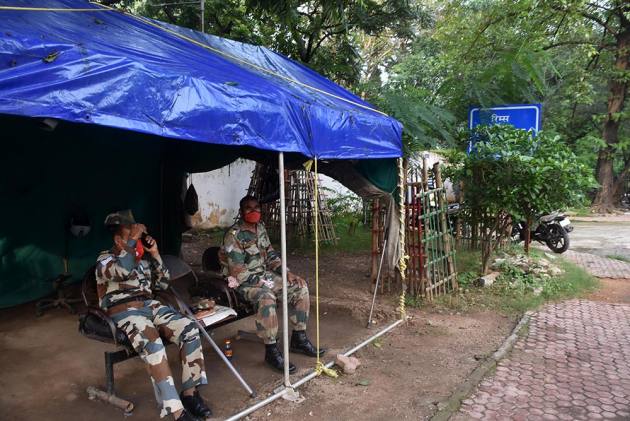 RJD supremo Lalu Prasad stays in the news perennially, whether he remains inside or outside the jail. Though he cannot contest the polls because of his conviction in the fodder scam, he remains the “king maker” in the electoral politics of both Bihar and Jharkhand.

The 72-year-old leader has landed in a fresh row over the rent of Kelly’s Bungalow of the director of Rajendra Institute of Medical Sciences (RIMS), built on a three-acre campus in Ranchi where he was recently shifted from the hospital. Lalu, who is serving a prison term, has been charged with meeting the RJD ticket aspirants there for the upcoming assembly elections , which has triggered a controversy. Now, a question has arisen over who will pay for his rent for his stay there?

On August 4, Lalu was transferred from his 14x14 feet room of the paying ward of the RIMS to its director’s bungalow nearby, which was lying vacant, after his security men were found to be Covid positive. Lalu had been paying Rs 1,000 per day ever since he was shifted to the paying ward of the hospital about two years ago.

This is the first time in the history of RIMS when a patient or a prisoner has been kept at the director's bungalow. Since there is no full-time director, it was lying vacant. But there is no fixed rent for any patient staying there. RIMS administration has also provided them four attendants for him.

BJP state spokesperson Pradeep Sinha has objected to Lalu’s stay in the director's bungalow, saying he should be charged the rent of the bungalow as per the market rates. “The district administration should fix the rate, otherwise, the government should clarify its stand,” he says.
After his conviction in the fodder scam, Lalu Prasad was sent to Birsa Mumda jail and was placed in the Super Specialty Department of RIMS on health grounds. Later, he chose to shift to the Paying ward. Sinha says that the RJD supremo has always been in controversies for violating the prison manual during his stay in the hospital. He says that Lalu Prasad should be sent back to the jail, which is only five kilometers away. He says that Lalu does not have serious health ailments at the moment and the doctors from RIMS will be available immediately if they are ever required.

Lalu, incidentally, has been suffering from various ailments, including kidney infection. He had also undergone a heart surgery in Mumbai a few years ago. On recovery of rent for Lalu’s stay at Kelly’s Bungalow, the Minister for Health Banna Gupta (himself in the home quarantine), Health Secretary, Director-in-charge or the superintendent of RIMS, do not wish to speak.
Dr. Nishit Ekka, RIMS's PRO-cum-doctor says since no one had imagined such a scenario to emerge during the pandemic, there is no fixed rate for the director's bungalow as yet. It was Lalu’s doctor, Dr Umesh Prasad, who had recommended him to shift from the paying ward, owing to the mounting risk of corona infection. The director says that the bungalow is completely safe for him.

The paying ward of RIMS comprises one hundred beds. Lalu Prasad was staying on its ground floor. The two floors above were declared corona wards. Ekka says that no other patient was kept in any of the 18 rooms on the floor where Lalu Prasad was staying. But in view of the increasing number of Corona infections, it was decided to shift him from there.
Rajesh Thakur, state executive president of the Congress, an ally of the Hemant Soren government, says that Lalu Prasad is undergoing treatment and only the RIMS management can better understand where he should be kept. The RIMS management has taken the decision to shift him to the vacant director's bungalow and Lalu will pay whatever rent is decided by it. On the other hand, JMM general secretary and co-spokesperson Vinod Pandey says that there is no dispute over Lalu's stay and the RIMS administration will decide the rent in keeping with the provisions of jail manual.

Lalu has always landed in controversies during the jail stay. When he was sent to jail in 1998 during the RJD rule in undivided Bihar, a guest house of Bihar Military Police (BMP) was notified as prison to facilitate his stay. In 2017, he went to jail in Ranchi, but for the last two years he remained in the paying ward of RIMS in the name of continuous treatment.

During the reign of BJP’s Raghuvar Das, the number of his visitors was restricted as per the jail manual. He was allowed to meet only three people on Saturday, except under special circumstances. After the arrival of Hemant Sarkar, he has been in constant controversies over his alleged meetings with his partymen. It is alleged that his ward has turned into an RJD's office with a constant rush of party ticket candidates to submit their biodata.

The Ranchi district administration, however, took note of it after a controversy arose recently. It quarantined Samata Devi, RJD MLA from Barachatti in Bihar, for 14 days for coming to Ranchi without seeking permission from the administration during the lockdown.

Bihar Deputy Chief Minister Sushil Kumar Modi has also tweeted that Lalu has been sentenced to jail in four cases of Rs 1,000-crore fodder scam, but the Hemant Soren government of Jharkhand first put him at RIMS in the name of treatment and then shifted him to in a luxurious bungalow on the pretext of isolating him. He says that the CBI should suo motu take cognisance of how a man convicted of corruption is getting five-star facilities as a state guest due to his political clout. He alleges that a dozen people are reaching his bungalow every day to meet him. “More than 200 people willing to contest elections in Bihar have gone to Ranchi and have given him their bio-datas,” he alleges. “If Jharkhand government is giving a chance to Lalu Prasad to play a political role in running his party from there in violation of the jail manual, we will seek intervention of the Election Commission,” he says.