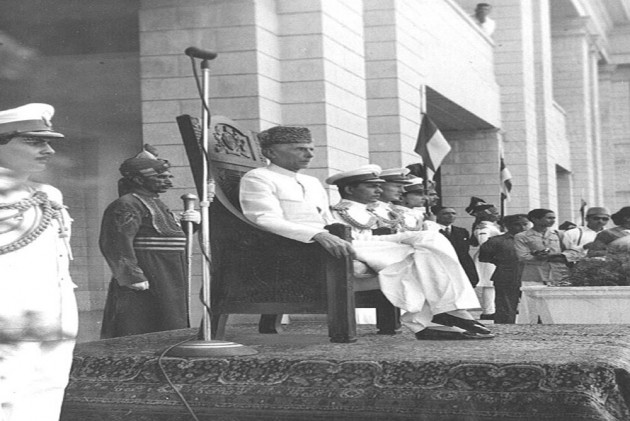 Recent events such as the abrogation of Article 370, the passage of the Citizenship Amendment Act (CAA) and Prime Minister Narendra Modi’s participation in the bhoomi pujan of the Ramjanambhoomi Temple have prompted several observers to comment that these are signals that India is being transformed from a secular to a Hindu nationalist polity. Analysts have provided many reasons rooted in history for the rise of Hindu nationalism. These include the British divide-and-rule policy and the dedicated commitment of ideologues like Savarkar and Golwalkar and organizations such as the RSS that diligently promoted the Hindutva ideology for a century. Additionally, the self-destruction of the Congress party, the Ram Temple movement, and the charisma of Narendra Modi have been cited as the more proximate reasons for the meteoric ascent of the Hindu nationalist ideology.

However, all these analyses miss out on the chief reason for the alleged triumph of majoritarian nationalism in the country. This can be summed up in one word: Partition. The division of British India on the basis of religious majorities was the principal factor that reinforced and legitimized the ideology of Hindu nationalism, which had remained marginal during the freedom struggle. The demographic transformation that partition produced by hiving off the Muslim majority areas, radically changed India’s population profile. The Hindu proportion of the population went up to 80 percent after partition from around 65 percent in undivided India. Correspondingly, the Muslim share went down from around 25 to 13 percent according the Indian census of 1951. Areas of the country with large Muslim concentrations that could balance to some extent the overall demographic weight of the Hindu majority were removed from the political equation in 1947. The Muslim population in post-partition India was widely dispersed further eroding its political clout. This was the primary factor that led to the political marginalization of Muslims in India and eventually to their near total irrelevance to electoral outcomes. Furthermore, partition provided the opportunity for advocates of Hindu nationalism to portray Indian Muslims as fifth columnists culpable for the creation of Pakistan and continuing to harbor separatist tendencies thus laying the ground for their demonization.

While there were several political figures responsible in various degrees for the partition of the country, the principal blame for this event lies clearly on the shoulders of Jinnah and his associates who captured the leadership of the Muslim League after the 1937 provincial elections when the Congress refused to accept the League as a partner in UP’s governing coalition. They turned it into a vehicle for Muslim separatism by advocating the “two-nation” theory that turned the founding philosophy of the Muslim League on its head.
Until the late 1930s the Muslim League was the standard bearer of what can be called a “consociational” ideology that advocated Muslim representation in political bodies in proportion to or larger than the Muslim population, including a 33 percent representation in the central legislature. The Muslim League’s original mandate, in anticipation of Indian independence, was that it should work to protect the interests of Indian Muslims where they were the most vulnerable, namely, in the Muslim minority provinces. A consistent thread in Muslim League demands until the end of the 1930s was that Muslims must receive more than their demographic share in terms of representation in the Muslim minority provinces. In order to achieve this end, the Muslim League, going back as far as the Lucknow Pact of 1916 whose main architects were Jinnah and Tilak, was willing to accept less than the Muslims’ demographic share in the Muslim majority provinces to the great chagrin of Muslim leaders in Punjab and Bengal, the two largest Muslim majority units.

Death Of The Liberal Turkish Dream

Jinnah turned the entire philosophy on which the Muslim League had been based on its head by sacrificing the interests of the Muslims of the minority provinces where they were most exposed for the creation of a separate state in the Muslim majority provinces where they did not need safeguards. This despite the fact that most Muslim leaders in the majority provinces were not interested in creating a separate state but in preserving their power in their provinces in cooperation with their Hindu and Sikh counterparts. The Muslim leaders of the Unionist Party in Punjab, including the premier Khizr Hayat Khat, defied Jinnah’s diktat until March 1947. H.S. Suhrawardy, the Muslim League premier of Bengal, was working in tandem with Congress leader Sarat Chandra Bose until the very eve of partition to preserve Bengal as a united entity. Above all, Jinnah added insult to injury by declaring in 1941 that he was willing to sacrifice the Muslims of the minority provinces, then numbering 30 million, in order to “liberate” the 60 million Muslims of the majority provinces.

The puzzle that has defied solution is why did a substantial segment of the Muslim elite of the minority provinces, especially UP, support a plan that for them was tantamount to committing political suicide? The most probable answer is that they believed that Jinnah was merely using the specter of Pakistan as a bargaining counter to gain greater concessions from the Congress for the Muslims of the minority provinces. But Jinnah was hoisted with his own petard when Patel and Nehru and a majority of the members of the Congress Working Committee, despite the opposition of Mahatma Gandhi, accepted the idea of partition and even forced a division of the two largest Muslim majority provinces – Bengal and Punjab – on the basis of Hindu and Muslim majority districts. Jinnah was left, in his own words, with a “truncated or mutilated moth-eaten Pakistan.”

But moth-eaten or not, the creation of Pakistan drastically reduced the political clout of Muslims in India. In the initial decades of independence this fact was not fully visible because of Nehru’s towering personality and his firm commitment to the ideal of pluralism as well as the presence in the top ranks of the Congress leadership of Muslim stalwarts of the independence movement such as Maulana Azad and Rafi Ahmed Kidwai. However, over time both of these factors underwent transformation as the Congress increasingly veered from the Nehruvian vision and sycophants and self-servers replaced the first generation of visionary Muslim leaders.

While these factors contributed to the erosion of pluralism, call it secularism if you will, and the rise of majoritarian nationalism they were secondary to the main cause, namely, the radical change in the demography of the country as a consequence of partition that rendered Muslims marginal to the political process and vastly reduced their political heft. Had partition not taken place the political trajectory of India would have been very different and it is likely that over time the concept of composite nationalism would have triumphed over competing ideologies.