The infant, his mother Fatima Jan (35) and another civilian Mohammad Arif (40) were injured when mortar shells fired by Pakistan hit their village in Shahpur sector of Poonch district late Sunday. 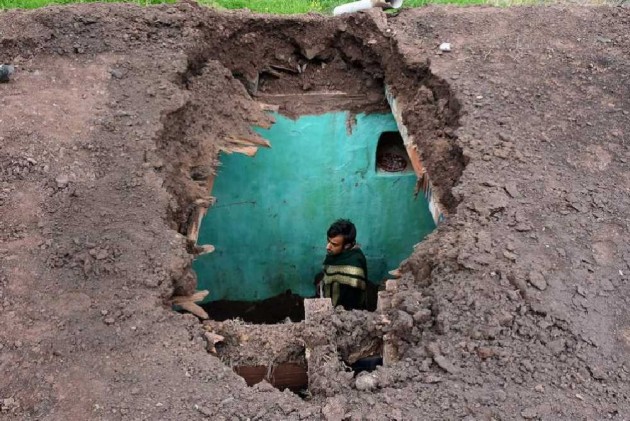 A 10-day-old baby, injured in heavy shelling by Pakistani troops along the Line of Control (LoC) in Jammu and Kashmir's Poonch district, died at a hospital on Monday, police said.

The infant, his mother Fatima Jan (35) and another civilian Mohammad Arif (40) were injured when mortar shells fired by Pakistan hit their village in Shahpur sector late Sunday. They were rushed to district hospital Poonch, where the minor succumbed to injuries, they added.

Cross-border firing by Pakistani troops continued for the second successive day on Monday in the district, prompting strong and effective retaliation by Indian soldiers, an Army spokesperson said.

"At about 1245 hours, Pakistan initiated unprovoked ceasefire violation by firing of small arms and shelling with mortars along LoC in Shahpur sector. Indian Army is retaliating befittingly," he said.

A police official said Jan and Arif were referred to the Government Medical College Hospital, Jammu, for specialised treatment, though their condition was stated to be "stable".

Mortars and small arms were used from across the border to target forward posts and villages in Shahpur, Saujiyan and Mendhar sectors between 5 pm and 10 pm on Sunday.

Several houses were damaged in the firing, the official said.

The Army spokesperson said information on casualties on the Pakistani side in the retaliatory action was not immediately available.

On July 22, an Indian soldier was killed in Pakistani firing in Sunderbani sector of Rajouri district, while a civilian was injured in another incident of cross-border firing by Pakistan in Poonch sector on July 20.