J&K: Army Officer Killed In Encounter With Terrorists In Rajouri 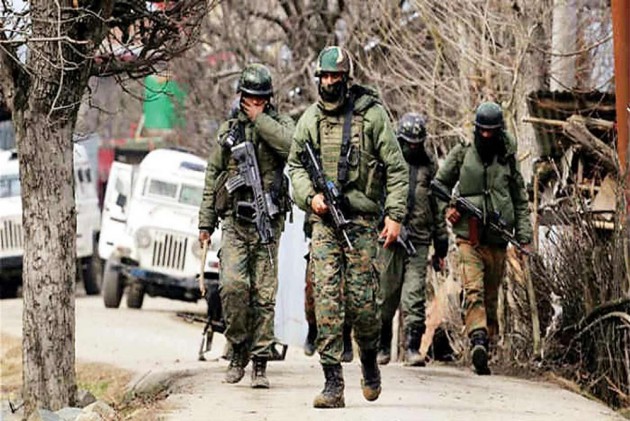 A Junior Commissioned Officer of the army was killed while another soldier was wounded in an ongoing gunfight in the Thanamandi area of the Rajouri district of Jammu.

The Army said one JCO of Rashtriya Rifles received a bullet wound during the gunfight and he was moved to nearby the medical facility where succumbed to his injuries.

"One JCO of the Rashtriya Rifles had suffered bullet injuries in the encounter. The JCO was immediately evacuated to the nearest medical facility, but he succumbed to the injuries," said Defence Public Relations Officer (PRO), Jammu, Lt Col Devender Anand.

The encounter broke out in the Karyote Kalas area, where a cordon and search operation was launched on Wednesday evening after reports of suspicious movement. On Thursday morning, when the forces were zeroing in on the suspected spot, militants hiding opened fire triggering an encounter.

On August 6, two militants were killed in an encounter with security forces in the Thanamandi forest belt area. The police had said a group of three to four militants including two foreigners were being tracked after they moved to Rajouri.

On August 13, militants hurled a grenade at the house of BJP leader Jasbir Singh, 36 when he and his brother Balbir Singh’s families were sitting in the gallery of the house in Rajouri, wounding seven members of the two families. Later four-year-old nephew of the BJP leader succumbed to the injuries at the government college Rajouri.