Jammu and Kashmir does not have an elected dispensation since the PDP-BJP coalition government fell apart in June 2018. 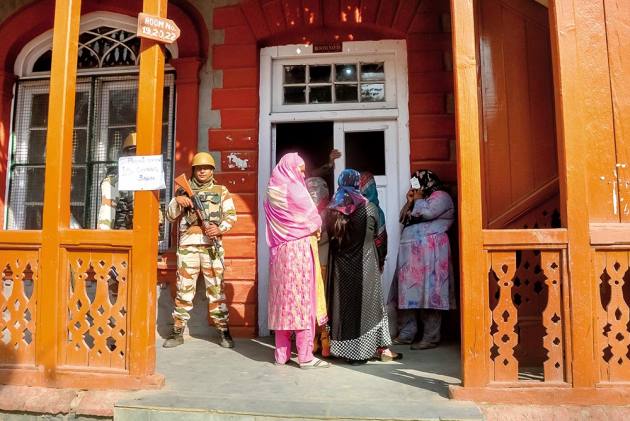 The Election Commission Tuesday said it will announce the schedule for Jammu and Kashmir assembly polls after the Amarnath Yatra, which begins next month, making it clear that the electoral exercise could be held sometime later this year.

In a statement, the poll panel said it has unanimously decided that "holding of assembly elections in Jammu and Kashmir shall be considered later in this year".

Jammu and Kashmir does not have an elected dispensation since the PDP-BJP coalition government fell apart in June 2018.

The state was placed under Governor's Rule, as provided by the Constitution of Jammu and Kashmir, on June 19, 2018, after the BJP withdrew from its coalition with the PDP.

As mandated by the Constitution, the state was brought under President's Rule on December 19, 2018. The term of the central rule ends on June 19 which is set to be extended.

The 46-day-long Amarnath yatra will begin on July 1, the day of Masik Shivratri, and would conclude on August 15, the day of Shravan Purnima.

In April, when representatives of the Jammu and Kashmir government had met the EC here, they had indicated their reluctance of holding polls to the state legislative assembly in the near future in view of the ongoing tourist season and the forthcoming Amarnath Yatra in the Valley, which will begin on July 1.

The EC, during the meeting, rejected had the assertion of the officials from Jammu and Kashmir that the situation in the state needs to be assessed before conducting the assembly polls.

The Commission was of the view that if the Lok Sabha polls could be held, there should be no issue in holding the elections to the state assembly.

The April meeting between J&K officials and EC top brass had taken place days after the three special observers appointed by the EC submitted their report on the possibility of holding assembly polls in the state after the Lok Sabha polls.

When the dates for the Lok Sabha polls were announced on March 10, the poll panel had decided against holding parliamentary and assembly polls simultaneously in the state.

It had said that the situation in J&K was not conducive for holding assembly polls. The Lok Sabha polls were held by and large peacefully in the state though the turnout of voters was low.