The government also issued a statement, saying the DGP and Chief Secretary BVR Subrahmanyam have requested people not to believe fabricated and motivated news regarding incidents of firing in the Valley. 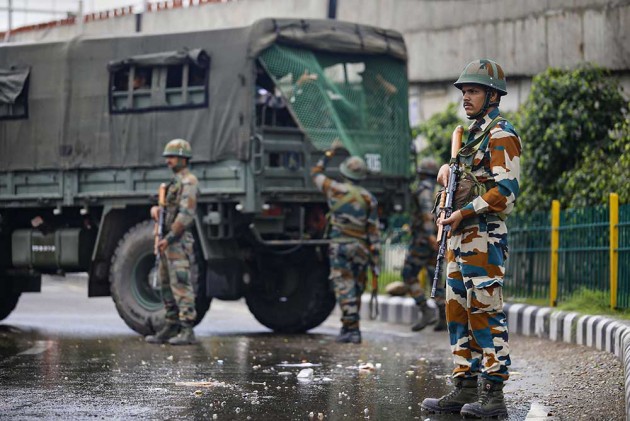 The Jammu and Kashmir Police on Saturday night said the situation in the state was peaceful and no untoward incident has been reported in last one week.

"There has been no untoward incident barring minor stone-pelting which was dealt with on the spot and was nipped in the bud," Director General of Police Dilbagh Singh told PTI.

He was asked about the situation in the state after Congress leader Rahul Gandhi told mediapersons in New Delhi that situation in J-K has deteriorated.

Minutes after Gandhi made the statement, the Srinagar Police also tweeted that the situation was peaceful.

"Situation in the valley has remained normal today. No untoward incident has been reported. At selective locations restriction was lifted temporarily," it said.

The government also issued a statement, saying the DGP and Chief Secretary BVR Subrahmanyam have requested people not to believe fabricated and motivated news regarding incidents of firing in the Valley.

It said no firing incident has taken place in Kashmir in the past six days, adding the situation is calm and people are cooperative and restrictions are being relaxed to ease the situation.

On Saturday, Srinagar and other towns witnessed good traffic for Eid shopping, it said.

Earlier in the day, the Union Home Ministry said that there have been a few stray protests in the Kashmir Valley in the past few days against the scrapping of special status of Jammu and Kashmir, and none of these involved a crowd of more than 20 people.

"There have been a few stray protests in Srinagar/Baramulla and none of these involved a crowd of more than 20 people," a ministry spokesperson said.

The spokesperson also dismissed a media report about a protest by about 10,000 people in Kashmir as "fabricated and incorrect".