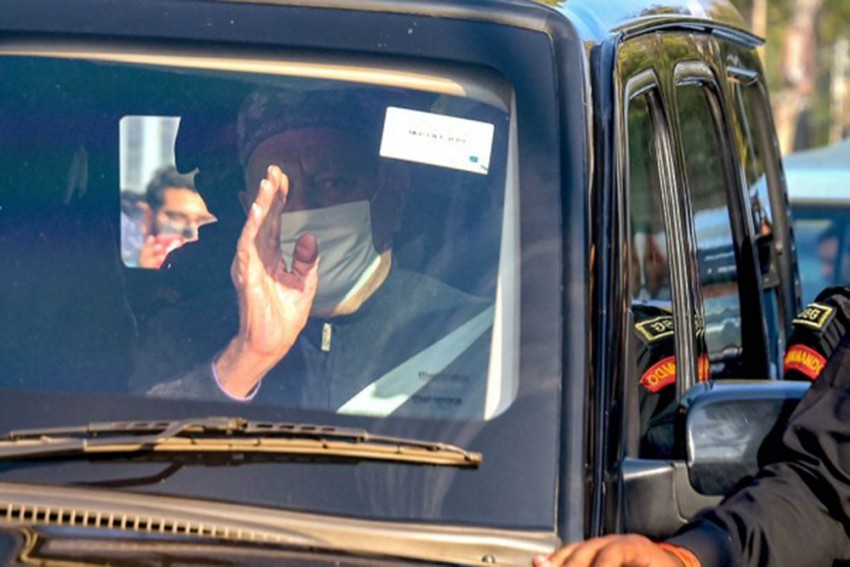 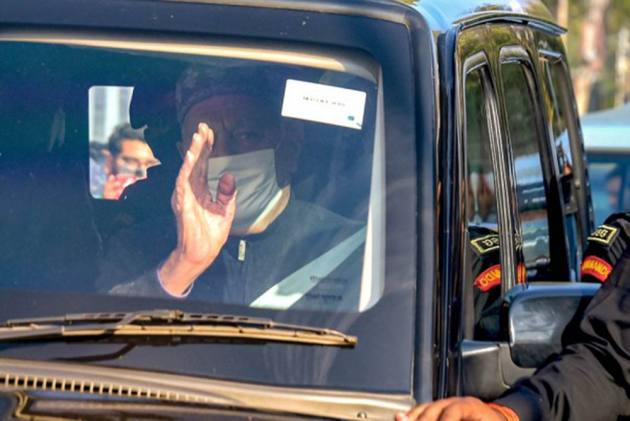 As the Enforcement Directorate has attached assets worth Rs 11.86 crore of former Jammu and Kashmir Chief Minister Farooq Abdullah in connection with a probe linked to alleged financial irregularities in the Jammu and Kashmir Cricket Association, Omar Abdullah said his father is in touch with his lawyers and will fight all these baseless charges.

“My father has seen the media reports regarding attachment of his properties in the ongoing investigation in to the JKCA matter. Not surprisingly the media was tipped off regarding the seizure before he had received any official notice or documentation,” former Chief Minister Omar Abdullah tweeted.

My father has seen the media reports regarding attachment of his properties in the ongoing investigation in to the JKCA matter. Not surprisingly the media was tipped off regarding the seizure before he had received any official notice or documentation.

“The properties attached are largely ancestral dating from the 1970s with the most recent one built before 2003. There can be no justification for the seizures because they fail the very basic test of having been acquired as the proceeds of the ‘crime’ being investigated,” Omar added.

“Dr Abdullah is in touch with his lawyers & will fight all these baseless charges in the one place that matters - a court of law, where everyone is presumed to be innocent & is entitled to a fair trial unlike in the court of the media or the court of BJP managed social media,” Omar said.

In a press statement, the ED has said, “In connection with laundering of funds of Jammu & Kashmir Cricket Association (JKCA) Enforcement Directorate has attached, under PMLA, properties of Dr. Farooq Abdullah valued around Rs. 11.86 Crores. The attached properties includes three residential houses, one at Gupkar Road, Srinagar; one at Tehsil Katipora, Tanmarg, and one at Bhatindi, Village Sunjwan, (Jammu); commercial buildings at posh Residency Road area of Srinagar,” the ED statement said.

“Besides lands at four different places in J&K have also been attached. During investigations it is disclosed that out of the aforesaid attached properties the residence & land of Dr. Farooq Abdullah at Gupkar Road and commercial buildings at Residency Road, at prime upmarket locations, are basically State lands obtained on lease. It was also disclosed that the attached house at Bhatindi, Village Sunjwan, (Jammu) had been constructed by Dr. Farooq Abdullah on State land and Forest land, where he has also grabbed State land and Forest land,” the ED statement said.

“Between 2005 and December 2011, JKCA received funding totaling to Rs 109.78 from BCCI. Between 2006 to January 2012, when Dr. Farooq Abdullah was the President of JKCA, he misused his position and clout by illegal appointments of office bearer at JKCA to whom he gave financial powers for the purpose of laundering of JKCA funds. Investigation clearly brings out that Dr. Farooq Abdullah was instrumental as well as beneficiary of the laundered funds of JKCA,” the ED added.

“Despite existing regular bank account of JKCA, six new bank accounts were opened for parking of JKCA funds and siphoning of the same. One dormant bank account in the name of Kashmir wing of JKCA was also made operational for the same purpose,” the ED added.

“During investigations so far it has surfaced that JKCA funds to the tune of more than Rs. 45 Crores has been siphoned, which includes heavy cash withdrawals of around Rs. 25 Crores, with no corresponding justification. Investigations disclose that for the purpose of generation of proceeds of crime, JKCA funds were layered by way of complex interbank transfers in all the bank accounts of JKCA and also by transfer to several personal bank accounts, followed by siphoning of the funds,” the statement added.

The JKCA scam surfaced in 2012 when the police registered an FIR against former treasurer of the JKCA Ahsan Mirza and the former general secretary Saleem Khan charging them of criminal breach of trust and criminal conspiracy. The charges against them were of diverting Rs 43.69 crore, received from BCCI as a subsidy, to three different accounts opened in the name of the JKCA by its officials. That time Dr. Abdullah was JKCA president.

The JKCA gets annual subsidies from the BCCI. The accounts were opened in the name of the JKCA in Jammu and Kashmir Bank and the BCCI funds were diverted to these “bogus” accounts and subsequently siphoned off.

In September 2015, Jammu and Kashmir High Court transferred the case to CBI while indicting Jammu and Kashmir police for failing to carry out an investigation. Later in 2018, the CBI filed a chargesheet before the chief judicial magistrate, Srinagar, against four accused persons, including Farooq Abdullah. Dr. Abdullah was accused of criminal breach of trust.

The National Conference has been accusing the government of using ED as coercive measures aimed at curtailing Dr Farooq's efforts to weave unity among mainstream political parties in J&K.

The party said the ED summons started after Gupkar signatories formed an alliance at Farooq Abdullah's residence called Political Alliance for Gupkar Declaration. The alliance said it will fight for restoration of Article 370 and resolution of Kashmir dispute.