“Taking all these into consideration, the Government has decided to create a separate Administrative/Revenue Division for Ladakh. A Divisional Commissioner and Inspector General of Police for Ladakh Division will be appointed shortly," a government spokesman said. 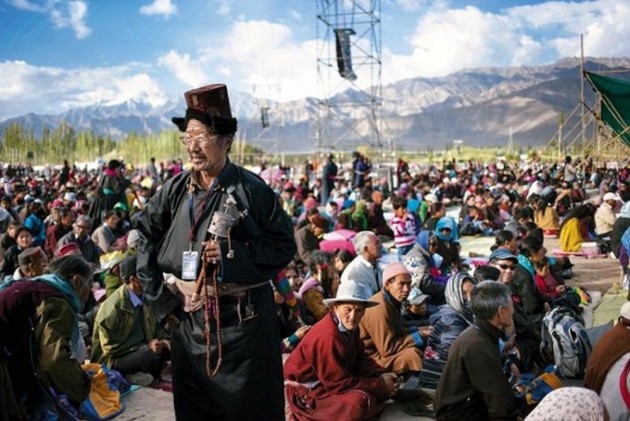 In a significant decision having far-reaching political consequences for the state, the Jammu and Kashmir government on Friday announced the creation of a separate administrative and revenue division of Ladakh, making it the third such in the state after Jammu Division and Kashmir.

Till now, the Ladakh region was a part of the Kashmir Division.

“There have been persistent demands from the region for creation of a separate division, claiming that the tough, distinct topographic conditions and unique cultural status of the Ladakh region deserves a special treatment, particularly due to the distance from the state capital,” a government spokesman said in a statement here.

“Taking all these into consideration, the Government has decided to create a separate Administrative/Revenue Division for Ladakh. A Divisional Commissioner and Inspector General of Police for Ladakh Division will be appointed shortly. The Committee under Principal Secretary (Planning) will finalize all other details on posts, staffing, roles, responsibilities and location of offices,” the spokesman added.

Peoples Democratic Party (PDP) senior leader Waheed ur Rehman Parra, reacting to the announcement, said: “We welcome the decision for Division status to Ladakh, but denying the same to Chenab Valley and Pir Panchal in Jammu is uncalled for and an injustice.”

Former Chief Minister and National Conference leader Omar Abdullah announced his party’s resolve to take up the demand for separate divisions status for Chenab Valley and Pir Panchal if voted to power.

“After the elections of 2019 should the people of J&K repose faith in JKNC our government will grant division status to Chenab valley & Pir Panchal regions as already laid out in our regional autonomy promise.

We will take care of regional & sub-regional aspirations. We won’t adopt the pick & choose approach of the Governor but will instead take a holistic view & address the wider problems. Our regional autonomy document will be our template.

“We will take care of regional & sub-regional aspirations. We won’t adopt the pick & choose approach of the Governor but will instead take a holistic view & address the wider problems. Our regional autonomy document will be our template,” he tweeted.

According to government spokesman “The decision of the Government goes a long way in fulfilling the governance and development aspirations of the people of Ladakh region.”

“The issue has been discussed at various fora and there has been a persistent demand for the creation of Division for Ladakh from many organizations, including the Ladakh Autonomous Hill Development Councils (LAHDC) Leh and Kargil.”

“Ladakh is one of the most sparsely populated regions in Jammu and Kashmir and is the highest plateau in the State, with most of it being over 9,800 feet above sea level. Ladakh region is geographically isolated with a sparse population and inhospitable terrain which remains landlocked for nearly six months in a year. Consequently, the region is riddled with insurmountable problems with respect to delivery of developmental schemes, redressal of public grievances, conduct of administrative affairs and governance as such.”

The spokesman said: “The people of Ladakh have, for a long time, been demanding effective local institutional arrangements which can help promote and accelerate the pace of development and equitable all-round growth and development having regard to its peculiar geo-climatic and topographic conditions, stimulate and seek fullest participation of the local community in the decision making process.”

The spokesman said during the winter months the entire Ladakh region, comprising both Leh and Kargil, remain cut off from rest of the country for almost six months and air travel via Leh is the only mode of transport available, which makes it impossible for people to visit other parts of the country for various purposes. “The remoteness and inaccessibility of the area makes the area eligible for establishing a separate Division for the said region.”