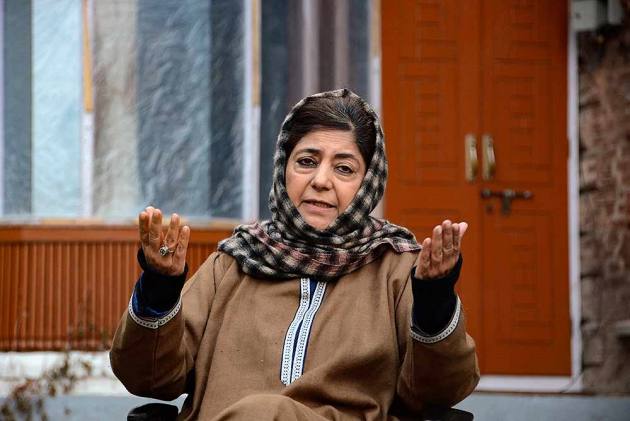 High Court Monday issued notice to Jammu and Kashmir government on a petition filed by former Chief Minister and PDP President, Mehbooba Mufti asking for the issuance of her passport allegedly denied to her for want for police verification. “It is made clear the pendency of the writ petition shall not form any impediment for the police agency to expedite the verification” reads an order issued by a single bench of Justice Ali Mohammad Magray.

Former Advocate General Jahangir Iqbal Ganai, representing Mehbooba informed the court that “as per circular instructions issued Ministry of External Affairs, Government of India, the passport of an individual is to be issued within 30 days. But in the instant case in the instant case, despite lapse of three months, passport has not been issued to petitioner.”

“While availing the tracking facility on the Passport Officer’s website, they came to know about the status of the passport as “pending for physical verification at respective Thana under SP Office, District Srinagar,” Ganai informed the Court.

Early this month former Chief Minister of J&K and two-time member parliament Mehbooba Mufti approached the Jammu and Kashmir High Court for the issuance of her passport.

In her petition, Mehbooba says, “the petitioner has been a member of the state assembly of Jammu and Kashmir and a member of Indian Parliament, representing Anantnag Constituency in the 14th and 16th Lok Sabha.” “The petitioner has also served as a Chief Minister of J&K state from April 4, 2016, to June 19, 2018,” the petition reads. She says despite representation for unknown reasons her police verification report has not been forwarded to the passport office