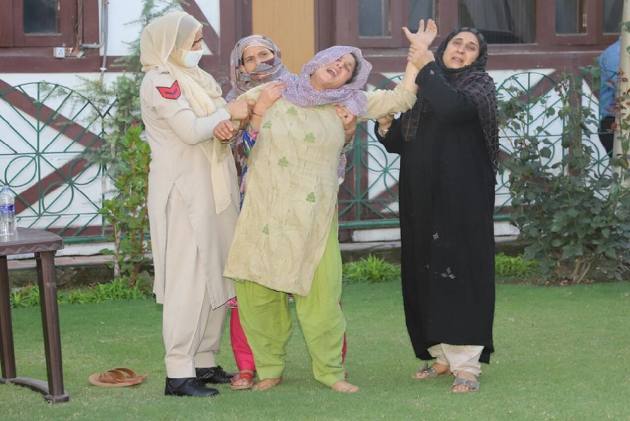 Hundreds of people participated in the last rites of the police officer killed in a militant attack.  As the body of sub-inspector Arshid Ahmad Mir reached his home Kalmpora Kupwara in north Kashmir on late Sunday evening, hundreds of people including women turned up mourning his death.

Earlier the Director-General of Police (DGP) Dilbagh Singh told reporters in Srinagar that Sub-inspector Arshid Ahmad Mir was on probation and at the threshold of his service. He said the officer was learning the nuances of the policing and had been deputed to a hospital to get done the Covid test of an accused person. While he was coming out of the hospital in the Khanyar area of the old city Srinagar on Sunday afternoon, a militant shot at him from close range. The officer succumbed to injuries in the hospital.

The police released CCTV footage of the incident that showed he was shot from a very close range. As the nearby policemen heard gunshots they rushed to the spot and immediately moved the officer to nearby Khanyar hospital and from there he was rushed to Sheri Kashmir Institute of Medical Sciences Srinagar, where he succumbed to his injuries. “It is tragic loss for us and tragic loss for the family. The perpetrators of the crime, in this case, have been identified and will be brought to justice.”

Talking to reporters at the wreath-laying ceremony of the officer, the DGP said that all the previous modules of militants involved in pistol shooting were wiped out, while it seems that a new group has been formed. "I would not like to disclose about the outfit or module behind today's attack but the perpetrators have been identified and will be brought to justice soon," he said. Hundreds of people in his village Kalmoona in Kupwara and other places rushed towards the officer’s home to express solidarity with his family after they heard about the incident.  The Imam while addressing people at his funeral described the slain sub-inspector as a budding flower who hadn’t harmed anyone and prayed for his peace.