In the case of Mehbooba Mufti, J-K High Court has issued a notice to the government to issue her a passport allegedly denied to her for want of police verification. 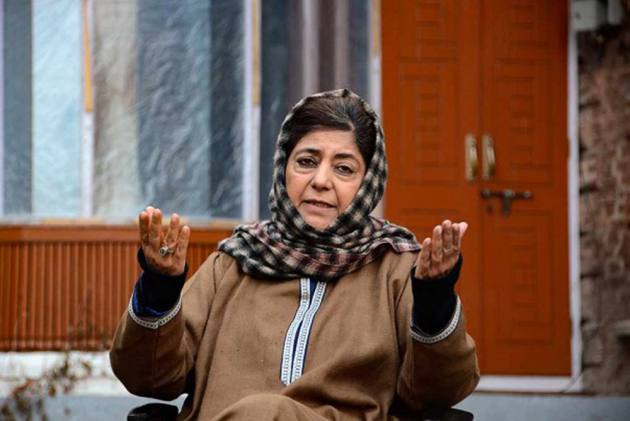 While former Jammu and Kashmir Chief Minister Mehbooba Mufti has approached the high court seeking issuance of the passport, there are several other politicians who say in spite of having a passport, they can’t travel outside as they have been put on the exit-control list.

A senior political leader while speaking on condition of anonymity said he had to travel outside but was told that he wouldn’t be allowed to do so. Sources said most of the mainstream leaders, who were detained at the Sheri Kashmir International Convocation Centre after the abrogation of Article 370, including Tanvir Sadiq, Ali Mohammad Sagar, Shah Faesal, Altaf Kaloo, and others have been put on the exit-control list. Sources said in spite of Shah Faesal's changed political position, the government hasn’t removed him from the list.

Last year in November, the immigration counter in New Delhi Airport detained and barred National Conference leader and former lawmaker Altaf Ahmed Kaloo from traveling to Dubai. He was scheduled to visit Dubai to attend a family function but was stopped and detained for more than four hours at the airport. He was informed that politicians from Jammu and Kashmir are barred from traveling outside the country. Kaloo later said the officials at the airport informed him that they have a list of 38 politicians from Jammu and Kashmir, who won’t be allowed to travel abroad.

“I have no plans to travel anywhere. Kashmir looks like a big place for me now. So I don’t even bother whether I have been on the list or not,” says the CPI (M) leader Mohammad Yousuf Taragami.

In the case of Mehbooba, Jammu and Kashmir High Court has already issued a notice to Jammu and Kashmir government on a petition filed by her asking for the issuance of her passport allegedly denied to her for want of police verification.

In her petition, Mehbooba said, “The petitioner has been a member of the state Assembly of Jammu and Kashmir and a member of Indian Parliament, representing Anantnag Constituency in the 14th and 16th Lok Sabha.” “The petitioner has also served as a Chief Minister of J&K state from April 4, 2016, to June 19, 2018,” the petition read. She said despite representation for unknown reasons, her police verification report has not been forwarded to the passport office.