In the all-party meeting convened by the Prime Minister on June 24, Baig had said he doesn’t belong to any party and is solely speaking for himself. 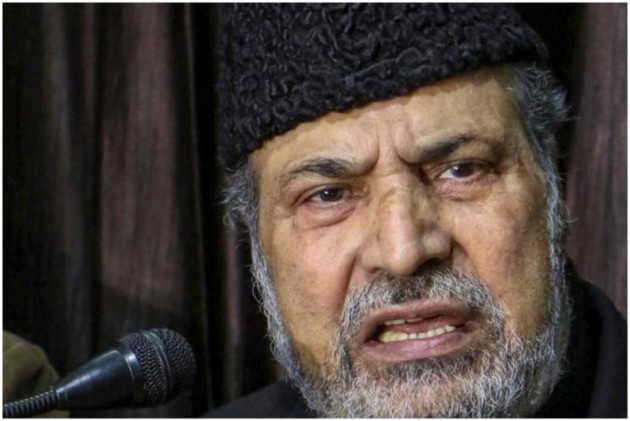 In the all-party meeting convened by the Prime Minister on June 24, Baig had said he doesn’t belong to any party and is solely speaking for himself.

A senior PC leader said Baig has an “inflated perception about his political size.” He said his removal from the party would be seen by all as “good riddance.”

On March 18, this year, Baig had joined the People’s Conference after the PC chairman visited his home. Baig, one of the senior-most leaders in Kashmir had resigned from the PDP last year after his wife Safeena Baig was denied party ticket by the People’s Alliance for Gupkar Declaration to contest district development council (DDC) polls from Sangrama. Later, Safeena, who was also the president of PDP’s women wing, contested DDC elections as an independent candidate from Sangrama and won. She then became Baramulla DDC chairperson with the support of the Peoples’ Conference and the Apni Party.

He said that though Sajad Lone visited Baig residence, but he went only after being sure and being convinced that Baig wanted him to visit his residence and was looking forward to welcoming him. "Politics was discussed there and he was very thankful to PC for getting Safina Ji elected as DDC chairperson," Ansari said.

He said during the All-Party Meeting Baig had expressed a desire to go to the meeting with Sajad Lone and requested if PC chairman can take him along to the meeting.

Baig had started his political career in mid-80s and contested elections on a Peoples’ Conference ticket. He was considered close to the party founder, Abdul Gani Lone. However, in 1999, he along with Mufti Mohammad Sayeed laid the foundation of the People’s Democratic Party. He later became a minister in the PDP-Congress coalition government. He served as the deputy chief minister of J&K under Ghulam Nabi Azad’s chief ministership.