J&K Parties Should Call On PM Modi To Share Concerns On Abrogation Of Article 370, 35A: Shah Faesal 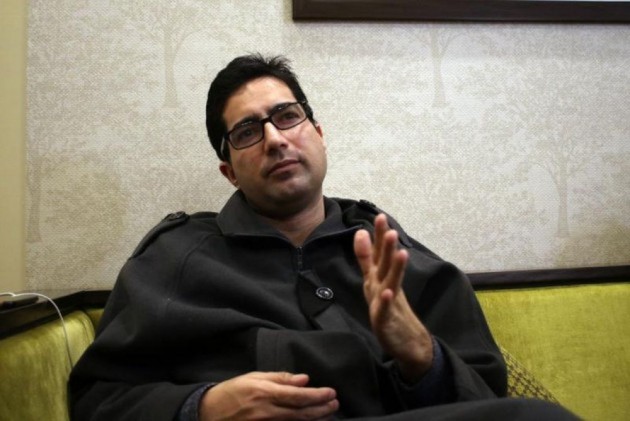 IAS officer-turned-politician Shah Faesal said on Wednesday that a delegation of all political parties from J&K should immediately call on Prime Minister Narendra Modi to share with him the concerns regarding abrogation of Article 370, 35A.

Faesal, who is J&K Peoples Movement party president, said there is need to build a political consensus on various constitutional issues confronting J&K.

He said the state should be allowed to propose necessary amendments to Article 35A instead of wiping out the entire article against the wishes of the people.

"Similarly if the issue is Article 370 hampering investments in the State, which basically is not true at all, but even then to further ease the perception, necessary provisions can be incorporated into the State Land Grants Act for leasing out land to non-state subject investors for business, industrial and educational purposes. Again this has to be done at the State level and the central government should be requested to stay away and assured that after a due political consensus such anomalies will be corrected without compromising on the special status of the State", Faesal said.

The BJP, in its manifesto for 2019 Lok Sabha elections, reiterated its demand for retraction of Article 370 and Article 35A of the Constitution which are provisions specific to Jammu and Kashmir.

Article 370 grants special autonomous status to Jammu and Kashmir, while Article 35A, incorporated into the Constitution in 1954, provides special rights and privileges to the citizens of the state.

Faesal asked all state-based political parties to realise that there was an existential threat that could only be countered by uniting and speaking in one voice.

"In the upcoming Assembly elections political parties will have to come together for the larger cause of protecting the special status of the State and prevail upon the GoI to avoid further disturbance in the region. There is an urgent need to revive dialogue process and resume developmental activity in the State to compensate for the mayhem of past few years. It is possible only if the mandate of the people goes in right hands and there is a consensus on various issues", he added.