The delimitation commission headed by Retired Supreme Court Judge Justice Ranjana Prakash Desai was constituted on March 6, 2020 to delimit the constituencies in Jammu and Kashmir. 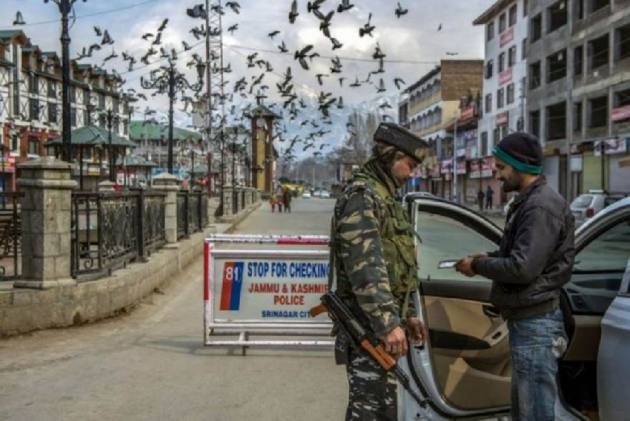 Amid speculations of Assembly elections in Jammu and Kashmir, a senior official of the Delimitation Commission is expected to hold a virtual meeting with all deputy commissioners of the UT to discuss various inputs on geographical features of electoral constituencies, sources told PTI on Saturday.

The delimitation commission headed by Retired Supreme Court Judge Justice Ranjana Prakash Desai was constituted on March 6, 2020 for a period of one year to delimit the constituencies in Jammu and Kashmir. However, it has not visited J&K since it was established.

On March 4, the Union ministry of law and justice issued a notification extending the tenure of the commission by one year. The commission’s term was coming to end on March 5, 2021.

In the absence of the Legislative Assembly, NC and BJP Lok Sabha members were nominated as associate members of the Delimitation Commission without having any voting rights.

The delimitation panel had recently sought data on the area of existing constituencies and asked the deputy commissioners for their suggestions to make them more "geographically compact".

Having received the data and suggestions, the Delimitation Commission has decided to hold a virtual meeting with the DCs to take forward the matter.

"As far as possible, the constituency should be fully geographically compact," explained a functionary.

The development comes amid efforts by the Centre to bolster political processes in Jammu and Kashmir. Prime Minister Narendra Modi is scheduled to chair a meeting with a select group of political leaders from Jammu and Kashmir next week, which is expected to set the road map for holding assembly elections there.

Jammu and Kashmir has been under the Centre's rule since November 2018 and in August 5, 2019, the Centre abrogated its special status and bifurcated it into union territories.

Officials said the assembly election is likely to be held after the Delimitation Commission redraws the constituencies.

The Delimitation Commission had asked the DCs whether a constituency is in one district or spread across two. They were also asked about details of tehsils. As far as possible, not necessarily, one administrative unit should be in one constituency, else developmental work may suffer.

Moreover, administrative control will be in two hands and not one, the functionary observed.

All these issues and the suggestions made by the DCs will be discussed in the virtual meet.