A soldier, manning a forward post, was critically injured in the Pakistani firing in Sunderbani sector and was immediately rushed to the military hospital where he succumbed to injuries, the officials said. 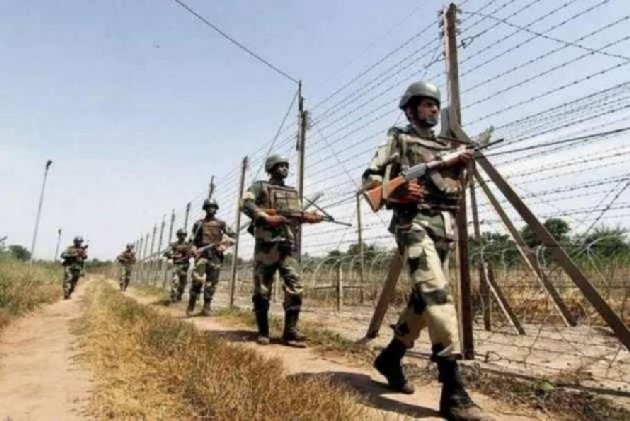 An Army personnel was killed Monday as Pakistani troops targeted forward posts and villages with mortar shells and small arms along the Line of Control (LoC) in Jammu and Kashmir's Rajouri district, officials said.

This was the second ceasefire violation by Pakistan along the LoC in Jammu region in the last three days.

A soldier, manning a forward post, was critically injured in the Pakistani firing in Sunderbani sector and was immediately rushed to the military hospital where he succumbed to injuries, the officials said.

Earlier, a defence spokesman said the Pakistani troops targeted the sector in the early hours, prompting retaliation by the Indian Army.

The cross-border firing started around 6.30 am and continued intermittently for several hours, causing panic among the border residents who have been advised to take necessary precautionary measures for their safety, the officials said.

On Saturday, during the visit of Defence Minister Rajnath Singh to different parts of the state, Pakistani troops targeted Mendhar sector of Poonch district causing bullet injuries to a civilian in Balnoi village.