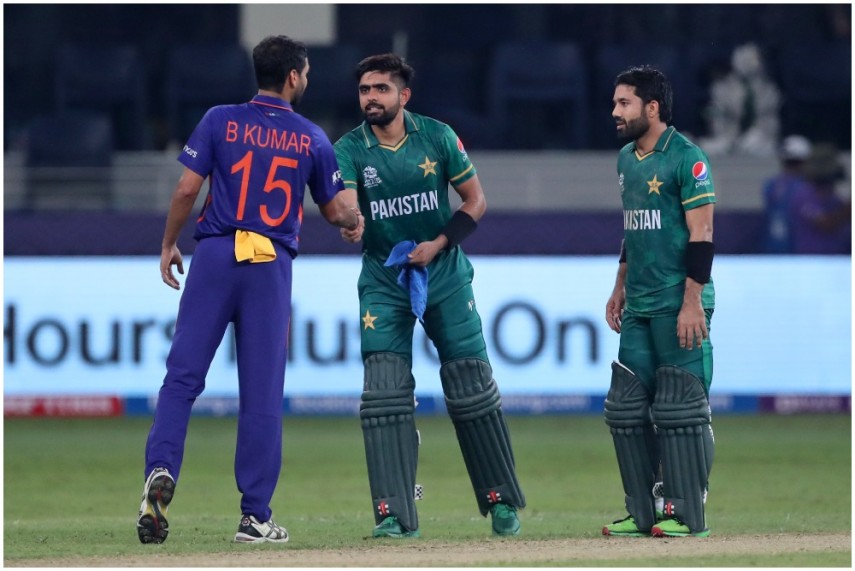 After online trolling and calls to "send them to Pakistan", Jammu and Kashmir Police have registered two separate FIRs against students of two medical colleges in Srinagar for celebrating the win of Pakistan in the T-20 cricket match played in Dubai on Sunday. The FIRs were lodged after news of the celebrations went viral on social media with many demanding that the students be sacked.

According to sources, one of the FIRs states that during the "intervening night of 24 and 25 October 2021 after Pakistan's one-day cricket match victory, students pursuing MBBS and other degrees residing in the un-married hostel of SKIMS Soura raised slogans and burst firecrackers”. It says that in this connection, a case was registered under section 13 of the Unlawful Activities Prevention Act (UAPA), 105A and 505 IPC.

An FIR has also been filed under section 13 of the UAPA at the Karan Nagar police station,  against the students of the Government Medical College for “crying and dancing last evening after Pakistan won the World Cup T20 match against India”. The FIRs are open and the accused are yet to be identified.

Former Chief Minister Mehbooba Mufti slammed hit out at the targeting of Kashmir’s over the cricket match.

"Why such anger against Kashmiris for celebrating Pak’s win? Some are even chanting murderous slogans,"  former Chief Minister Mehbooba Mufti said.

"Let’s agree to disagree and take it in the right spirit like Virat Kohli who was the first to congratulate the Pakistani cricket team," reads another tweet of Mehbooba.

On October 13, 1983, when the first international match was played at Sher-i-Kashmir Stadium, Srinagar, between India and West Indies, the Indian team faced an unexpected crowd at the stadium named after Sheikh Mohammad Abdullah.  The champion of the 1983 World Cup, India, was playing against West Indies. The crowd booed at Indian players. The West Indies cricket players unexpectedly felt at home in the Valley.

Sunil Gavaskar later wrote in Runs ’n’ Ruins, “Being hooted at after a defeat is understandable, but this was incredible. Moreover, there were many in the crowd shouting pro-Pakistan slogans which confounded us, because we were playing the West Indies and not Pakistan.”

In the same stadium, a September 1986 match between Australia and India created similar controversy. During the initial stage of the match, some youth dug up the pitch. The police registered an FIR and later arrested Shabir Ahmad Shah, Mushtaq-ul-Islam and Showkat Ahmad Bakshi in connection to the case. In 2011, a court acquitted the three accused after a 28-year-long trial of the case.

A cricket match between India and the West Indies of T20 also became the epicentre of a crisis in NIT Srinagar in 2016 when Kashmiri students celebrated India’s defeat with pro-West Indies slogans.

In 2014, a diplomatic row broke out between India and Pakistan when the Pakistani Foreign Office objected to the expulsion of 67 Kashmiri students in UP for celebrating Pakistan's victory against India in the Asia Cup. The students of Swami Vivekananda Subharti University in Meerut were expelled from the hostel after they had cheered the Pakistan cricket team against India.

Last year in September Jammu and Kashmir police arrested nine cricketers of a local cricket team in south Kashmir’s Shopian district under UAPA after their photographs wearing jerseys with the name of a killed militant appeared on social media. Police said they were arrested for “glamourizing militancy.”

Syed Tajamul Imran, the brother of a killed militant Syed Ruban had organised a match in “loving memory of his brother” and distributed cricket jerseys in his name.