Private schools, however, remained shut for the 15th consecutive day as parents expressed concerns over the security situation, especially in the wake of violent protests over the past two days. 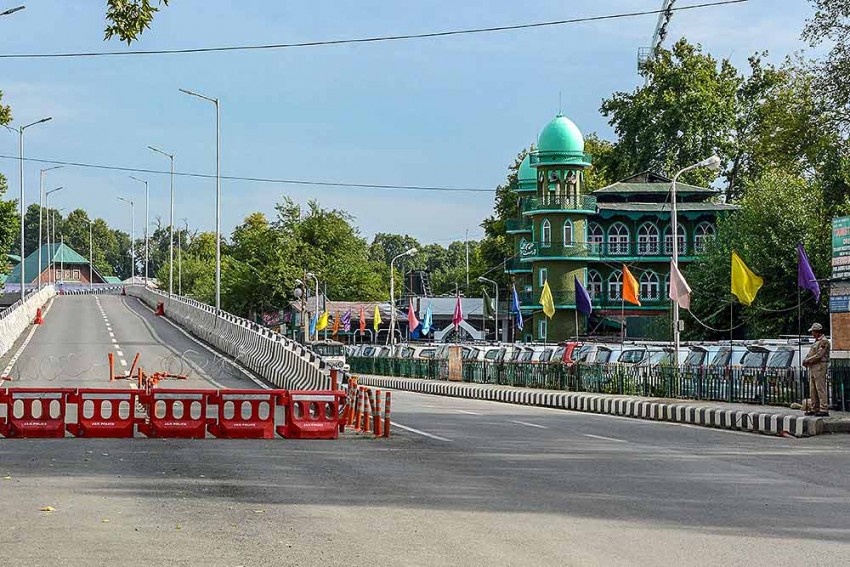 A view of a blocked road during restrictions following the abrogation of the provisions of Article 370, in Srinagar. (PTI)
Outlook Web Bureau August 19, 2019 00:00 IST Teachers Turn Up, Students Don't As 190 Primary Schools Reopen In Srinagar 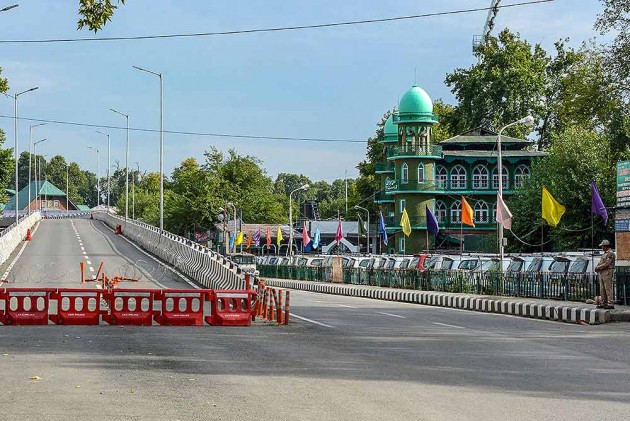 A day after the Jammu and Kashmir administration said that 190 primary schools would reopen in Srinagar, teachers reported to work but not many students turned up on Monday.

The government has made required arrangements to facilitate the opening of 190 primary schools in Srinagar city even as security forces remained deployed in most of the Valley, officials said.

Private schools, however, remained shut for the 15th consecutive day as parents expressed concerns over the security situation, especially in the wake of violent protests over the past two days. Only Police Public School at Bemina and a few Kendriya Vidyalayas saw a handful of students show up.

"There is so much uncertainty in the situation that sending kids to school at this stage is out of the question," Farooq Ahmad Dar, a parent, told PTI.

Officials in Baramulla district said schools in five towns remained closed. In the rest of the district, schools were opened, they said.

"There is no relaxation in restrictions in Pattan, Palhalan, Singhpora, Baramulla and Sopore towns. Primary schools in the rest of the district are open. We are collecting details about the number of students who have reported at their respective schools," an official said.

A senior Srinagar district official said a few schools on the periphery were opened, but in the old city and in civil lines areas, they remained shut due to the violence over the past two days.

Authorities had planned to reopen schools up to primary level and make all government offices functional from Monday.

In Srinagar city, barricades were removed from areas where the situation has remained peaceful since the Centre announced the scrapping of the special status of Jammu and Kashmir and bifurcated it into two union territories on August 5.

Markets in the Valley were shut while public transport remained off roads. The movement of private vehicles in the city increased after restrictions were eased.