'There Are No Answers, There Is No Clarity,' Says Omar Abdullah After Meeting J&K Governor

Abdullah said that the government and administration were clueless about the prevailing situation in Kashmir Valley. 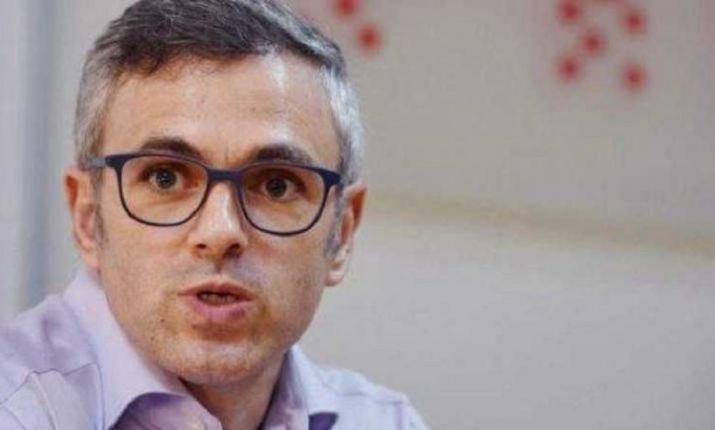 Abdullah said that the government and administration were clueless about the prevailing situation in the Valley.

He said that despite the rumours and speculations doing rounds in the Valley, that has stoked panic among the locals, there is no one to answer the questions people have.

"We met the Governor and asked him about the current situation. He reiterated his earlier statement that everything was normal and people should not pay heed to rumours. On the speculations and rumours about the abrogation of Article 35-A, de-limitation or trifurcation of the state, Governor assured that the central government is not considering any of such steps," he added.

However, the former CM said that despite the assurances from the Governor, the Centre needs to address the concerns of people of Kashmir.

Abdullah also questioned the need of issuing the order to the Amarnath Yatris and tourists, asking them to leave the state immediately.

Abdullah said he has asked his party MPs to move a motion in Parliament on Monday seeking a statement from the Union government on the situation that has developed in Jammu and Kashmir over the past few weeks.

"We want the government to issue a statement on the situation in the state in the Parliament," he said.

Abdullah appealed to the people of the state to keep calm and control their emotions and not take any step that may align with the aim of the people with vested interests.

In a statement issued after the meeting, Governor Malik said that he conveyed to the National Conference delegation that the state has no knowledge of any changes in the Constitutional provisions and assured that the deployment of additional paramilitary forces was purely for security reasons.

"There were credible inputs which were available to the security agencies regarding terrorist attacks on the Amarnath Yatra. There has been intensified shelling on the LoC by Pakistan which was responded to effectively by the Army," the governor told the delegation.

Governor Malik also said that the state has no knowledge of any changes to constitutional provisions.

Therefore, he said, no panic should be created by unnecessarily linking this security matter with all kinds of other issues. “A pure security measure is being mixed up with issues with which it has no connection. That is the cause of the panic. The Home Secretary and the Divisional Commissioner have clarified this yesterday (Friday).”