J&K: Who Is Geelani’s Successor Masarat Alam Bhat And Why His Appointment Is Likely To Only Have Symbolic Value

Like his predecessor Syed Ali Geelani, Masarat Alam Bhat (51) is seen as pro-Pakistan. He has been under preventive detention for 11 years. In a statement issued to the media, the Hurriyat Conference said the people of Jammu and Kashmir look up to his leadership with great expectations. 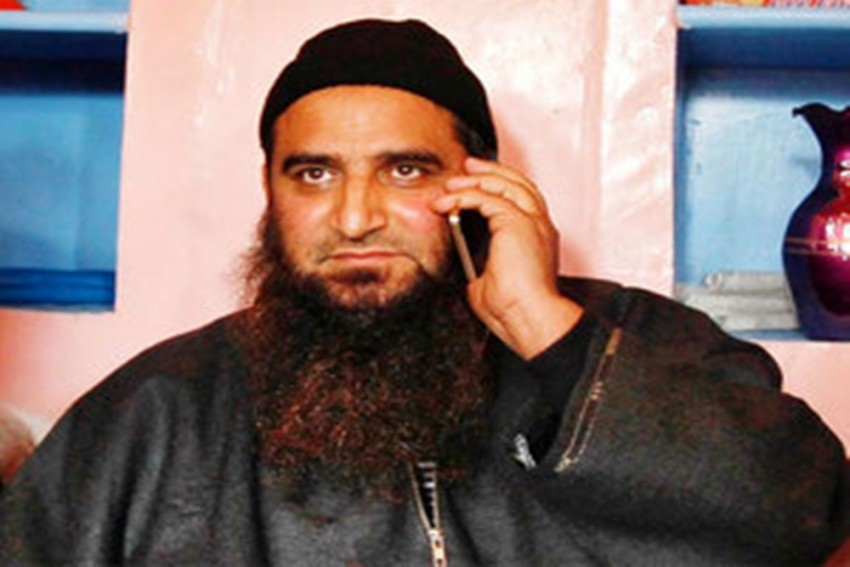 The Hurriyat Conference appointing incarcerated separatist leader Masarat Alam Bhat as its chairman following the death of Syed Ali Geelani on September 1 hasn’t surprised many in Kashmir as the announcement is seen on expected lines.

Shabir Ahmad Shah, another jailed separatist leader has been made the new vice chairman of the alliance.  Shah has spent a total of 33 years in different prisons since the 1980s and at present is lodged in Tihar jail. Shah was last time arrested in July 2017 from his Srinagar residence. The Enforcement Directorate, which probes financial crimes, arrested Shah in a terror-financing case that is over a decade old. Before his formal arrest, Shah had been under house arrest for several months.

“Shabir Shah has pledged and promised the people of Kashmir from day one that he will never run for any post or position and will always subscribe to the idea of one party one slogan and above all unity and equality amongst the ranks of pro-freedom parties and for the same reasons he has never been shown the light of the day and for which he has sacrificed his life in jails and has even sacrificed his stature. His mission is only one the freedom of Kashmir,” Shah’s daughter Sehar Shabir Shah wrote on Twitter.  “Since Hurriyat had come into existence he was never running for posts he stands on his slogan that he has come with a needle and thread though his dream remains unrealised. It's on record that once a PSA dossier given to him read that you've been running from pillar to post for unity and have been instrumental in forging unity to some extent, he still continues to languish in Tihar jail but his resolve to his mission remains unflinching,” Sehar wrote.

Shabir Shah has pledged and promised the people of Kashmir from day one that he will never run for any post or position and will always subscribe to the idea of one party one slogan and above all unity and equality amongst the ranks of pro-freedom parties -1/11 pic.twitter.com/T7nYYRUkrR

The Hurriyat statement says the appointments were temporary till elections are held according to the Hurriyat constitution. Geelani was named chairman of the APHC for life but stepped down last year shocking many of his admirers and supporters. The alliance, however, had not named anyone to replace Geelani. At present, the government has jailed most of the top leaders of the Hurriyat Conference under the Public Safety Act, a preventive detention law that allows the government to detain a person without bail for up to six months. Earlier a person would be detained for up to two years under the law. In 2011, Omar Abdullah government made changes in the law and reduced the detention period up to six months under the PSA.

Analysts here say Bhat becoming the chairman has more of a symbolic value than anything. They say separatists are already in jail and Hurriyat Conference, both factions, are out of scene for long and jailed Masarat replacing Geelani has no significance except having symbolic value. “At a time when mainstream political parties are complaining that they are not being allowed to carry out their political activities normally, I don’t see any room for separatist political politics,” says an analyst pleading anonymity.

Bhat was arrested in October 2010 and kept in detention under the Public Safety Act (PSA) on charges of organising the protests of 2010 in the Valley. In the prolonged protests around 112 protesters mostly youths were killed in the bullet and pellet firing of the security forces.

Bhat was released for a brief period when in March 2015, the then Chief Minister Mufti Mohammad Sayeed had asked the police to initiate the process of releasing political prisoners against whom there were no criminal charges. Subsequently, the home department didn’t approve Bhat’s detention under the PSA and set him free on March 7 from Baramulla jail after five years of detention. In five years, Bhat was kept in different jails on the basis of detention orders issued by district magistrate under the PSA, even after the High Court was quashing the orders from time to time.

While instructing to release the political prisoners at a review meeting, Mufti had said, “Dissent in democracy makes the system vibrant and dynamic. Democracy is a battle of ideas and it should not be held hostage to the agreements or disagreements on issues.”  Though the Mufti government had faced stiff opposition from the central government over his release, the PDP-BJP government in the erstwhile State of J&K would argue that in March 2013, a Supreme Court ruling in the Masarat Alam Bhat’s case had stated that he cannot be illegally detained.

However, Bhat was again detained under the PSA on April 17, 2015, two days after Pakistani flags were displayed and pro-Pakistan slogans were raised at a reception rally he led in Srinagar for Geelani.  The rally created huge controversy and the government arrested him on April 17 and lodged him in Jammu’s Kot Balwal jail under PSA accusing him of “sedition” and “waging war against the state.”

Bhat was arrested for the first time in 1990 at the age of 19. And up to 2010, he remained intermittently in jail for 15 years under PSA. But after 2010 he has been under continuous detention under the PSA.  In June 2014, police in a faux pas released him but re-arrested him within a few hours. It was during this short release Geelani had called him and asked him to take over the leadership of Hurriyat.

Born into a prosperous family of traders in 1971 in Zaindar Mohalla Srinagar, Bhat was orphaned at a young age. He was raised by his grandfather and two uncles. He attended Tyndale Biscoe, a prestigious missionary school in Srinagar.

In one of the PSA detention orders of 2016 passed by deputy commissioner Baramulla under PSA, the government had alleged Bhat, while being in custody, allegedly met some persons in the jail and gave them directions for making 2016 agitation successful.

The Court hearing the case said, “preventive detention laws cannot be a substitute for the criminal laws, wherein a person, on the basis of allegations leveled against him, as already stated, is being put on trial in a Court of law. Truth or otherwise of the allegations made against a person is being tested during the trial of the case in a Court of law. A person, who is charged for the commission of the offence, gets a complete opportunity to defend himself. However, in the matter of Preventive Detention Laws, a person is not put on trial, thus, denied the right to disprove the charges leveled against him.

The Court said the Supreme Court has, in almost identical circumstances, ruled that the ground that a person, while in State custody, maintained links with people, who had gone underground, cannot become the basis for ordering his detention.  With these observations, the Court quashed his detention. He was not released and was re-arrested under different detention order under the PSA.