Separatist groups had maintained silence on the evolving political situation in the Valley ever since the Centre abrogated Article 370 of the Indian Constitution. 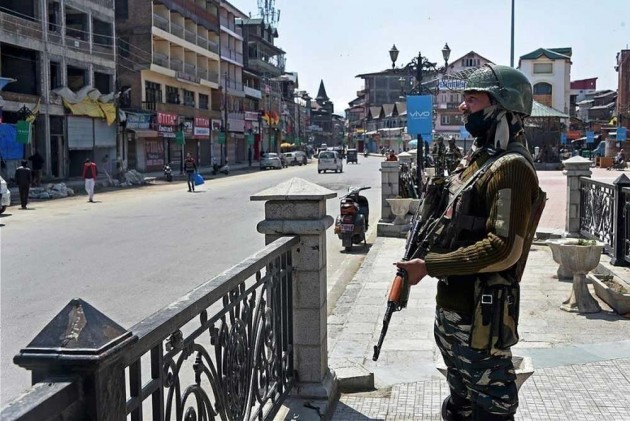 Jammu Kashmir Liberation Front (JKLF), a separatist group in the Valley, on Thursday called for a strike on February 9 and 11 to observe the death anniversaries of Afzal Guru and JKLF founder Maqbool Bhat. JKLF's call for a strike is the first by any separatist group since August 5, 2019, when the BJP-led Central government revoked Article 370 of the constitution.

Separatist groups have maintained silence on the evolving political situation in the Valley ever since.

“Maqbool Bhat is the cornerstone of our resistance against illegal occupation and symbol of freedom and liberty. His struggle and sacrifices represent every oppressed and subjugated humans,” JKLF statement reads.

“Muhammad Afzal Guru also trod his path and sacrificed his life for the righteous cause,” the JKLF statement said. The statement has called people to observe shutdown on Feb 9th and Feb 11 and “hold prayer meetings, protest demonstrations, rallies, seminars and conferences.”

In March 2019, the central government banned the JKLF, saying the outfit led by Yasin Malik was actively engaged in inciting secessionism and illegal funnelling of funds to foment terrorism in Jammu and Kashmir. The government declared the outfit "an unlawful association under Section 3(1) of the Unlawful Prevention Act 1967". Malik, who was detained on February 22 2-19, has been lodged in Tihar jail. He was booked under the Public Safety Act (PSA).

On February 9, 2020, it would be seven years since Guru was hanged and buried in Tihar jail after the Supreme Court upheld a verdict against the 43-year-old for his involvement in 2001 attack on the Parliament.

The mainstream parties, National Conference and the Peoples Democratic Party (PDP) had objected to his “out-of-turn” execution maintaining that hanging Afzal would have long-term negative consequences in the restive state. Maqbool Bhat, the founder of pro-Independence JKLF, was hanged in New Delhi’s Tihar jail on February 11, 1984, following conviction in the killing of a CID official. On February 11 every year, separatist in Kashmir observe his anniversary and pay tributes to him. The JKLF refer to Bhat “as the father of Kashmiri nation."