Major Crackdown On Separatists in Kashmir; Centre To Rush More Troops To Valley

Meanwhile, the Union Home Ministry has called for an urgent deployment of hundred more companies of central armed forces in Kashmir. 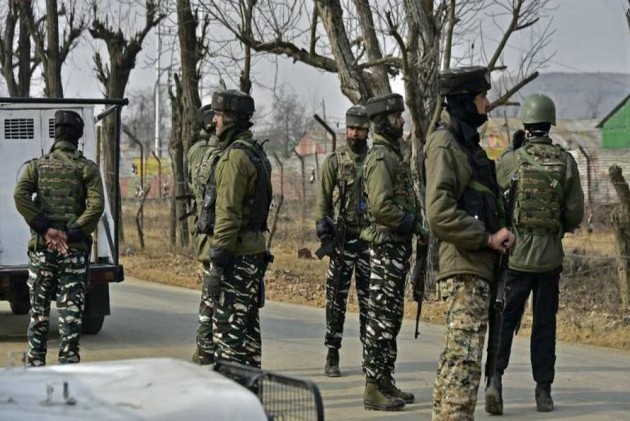 Around 150 people, mainly separatists and prominent Jamaat-e-Islami workers, have been taken into custody in Kashmir valley amid fear and tension that the central government is going to take some decision regarding the constitutional validity of special status of Jammu and Kashmir.

According to police sources, Jamaat-e-Islami Jammu and Kashmir chief Abdul Hamid Fayaz is also among those detained during the intervening night of Friday and Saturday.

The arrests came as tension gripped the Valley ahead of a hearing on Monday by the Supreme Court on Article 35A,  which provides special rights and privileges to natives of Jammu and Kashmir, of the Constitution.

Though police termed the detentions as routine saying that leaders and potential stone pelters have been picked up in the past, officials privy to the developments said this is the first major crackdown on the Jamaat-e-Islamia.

The Jamaat in the past has been touted to be the political wing of the Hizbul Mujahideen, but the organisation has always maintained that it is a social and religious group.

“In the past 24 hours, Hurriyat leaders and workers of Jamaat organisation have been arrested. Fail to understand such an arbitrary move which will only precipitate matters in J&K. Under what legal grounds are their arrests justified? You can imprison a person but not his ideas,” former Chief Minister Mehbooba Mufti said.

People’s Conference chairman Sajjad Gani Lone said: “The government seems to be on an arrest spree. Just a word of caution. Large scale arrests took place in 1990. Leaders were ferried to Jodhpur and many jails across the country. Things worsened. This is a tried tested and failed model. Please desist from it. It won’t work. Things will worsen.”

Strongly Condemn the nocturnal crackdown on Jamat e Islami leadership and cadres and the arrest of Yasin Malik. Such illegal and coercive measures against Kashmiri’s are futile and will not change realities on ground. Force and intimidation will only worsen the situation.

Jamaat said several of its key leaders were arrested during Friday night raids.

The Jamaat cadres were picked up from various places, including Anantnag, Pahalgham, Dialgam, Tral -- all in south Kashmir.

The Jamaat termed the raids as "fishy" at a time when the Supreme Court is to hear a petition regarding Article 35A of the Constitution, which grants special status to Jammu and Kashmir.

"...The way forces personnel unleashed the spree of mass arrest and detained dozens of Jamaat members prior to the hearing seems something is hatching behind the curtains. Any attempt of eroding or tampering Article 35A is unacceptable for people of Jammu and Kashmir," it said.

The police and the government are tight-lipped about the situation.

Throughout the night the valley remained tense as there were rumours that the government is up to something. The rumours are that Article 35A and Article 370 which give special status to Jammu and Kashmir would be scrapped. However, there is no official talking about it.

Though police termed the detentions as routine, officials privy to the developments said this is the first major crackdown on the organisation that is part of the Tehreek-e-Hurriyat, a separatist conglomerate.

The situation turned more tense as Indian Air Force jets, choppers started hovering over the Kashmiri skies at around 11.30 pm-midnight.

Meanwhile, the Union Home Ministry has called for an urgent deployment of hundred more companies of central armed forces in Kashmir.

“We have to urgently deploy CAPFs (central armed police force) in Jammu & Kashmir. It is requested to provide 100 coys of CAPFs (CRPF – 45, BSF-35, SSB-10 & ITBP 10) to Govt of J&K with immediate effect and till further orders. IG (ops), CRPF is requested to ensure immediate movement of forces in coordination with IG (ops) of all forces,” read a Home Ministry letter to the state government, copies of which have been also sent to IG(Ops) to CRPF, BSF, ITBP and SSB.

The action comes eight days after an audacious terror attack on a convoy in Pulwama district in which 40 CRPF personnel lost their lives.