The circular issued by the internal complaints committee (ICC) of the Jawaharlal Nehru University (JNU) stated that "the girls are supposed to know how to draw a tangible line between them and their male friends". 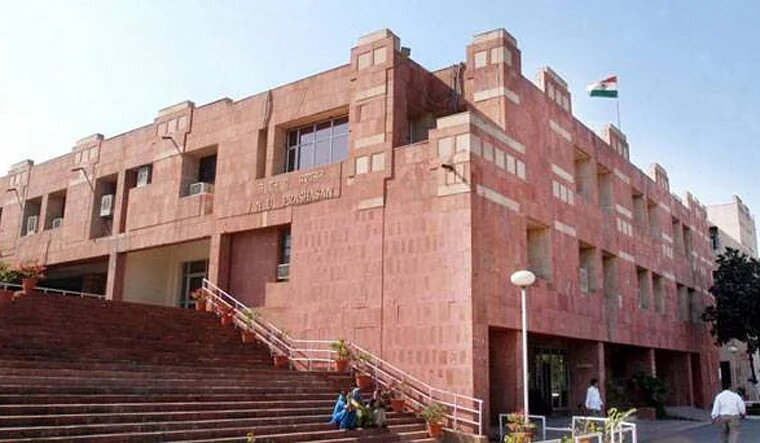 A circular for a counselling session on sexual harassment issued by Jawaharlal Nehru University's (JNU) internal complaints committee (ICC), which says girls are "supposed to know how to draw a tangible line between them and their male friends", has drawn the ire of student outfits who said it reeks of victim shaming.

The internal complaints committee (ICC) of the Jawaharlal Nehru University (JNU) has uploaded the circular on the varsity's website saying that it will organise a counselling session on sexual harassment on January 17.

It also said that such sessions will be organised on a monthly basis.

Under the subhead "why is the counselling session required", the circular said that it will make students aware of what consists of sexual harassment.

It also said that students are being counselled during the orientation programme and on the inception of each academic year, they need to refresh their knowledge about the same, time to time.

"ICC come across a number of cases where sexual harassment takes place among close friends. Boys generally cross (sometimes advertently, sometimes inadvertently) the thin line between friendship's bantering and sexual harassment. Girls suppose to know how to draw a tangible line (between them and their male friends) to avoid any such harassments (sic)," the circular read.

It also stated that the ICC has a zero-tolerance policy towards any kind of sexual harassment.

"Number of cases have been dealt with successfully in this academic year. In addition to its usual course of action, ICC, JNU, would like to introduce a counselling session on a monthly basis for all aspiring students who want to know dos and don'ts in regard of sexual harassment," read the circular.

It said that students will get to know what is sexual harassment and its prospective repercussions in the sessions.

Listing out the benefits of these sessions, the varsity said that "the
number of sexual harassment cases will be reduced for sure".

It said that after getting 20 such forms for registration for the session, the ICC will organise such events on a monthly basis.

On the girls are "suppose to know how to draw a tangible line between them and their male friends" statement in the circular, Jawaharlal Nehru University Students' Union president Aishe Ghosh said it was a victim shaming remark.

"The ICC in JNU makes a blatant victim blaming remark where it asks 'women to draw a tangible line to not get harassed by their male members'. The ICC time and again in JNU has passed such regressive remarks or conducted itself in a way to moral police the survivor," she said in a statement.

"Such a remark, creates a space where harassment in such lines will become rampant and will lead to become an unsafe space for women," Ghosh said.

The left-affiliated All India Students' Association (AISA) concurred with Ghosh and called the counselling session a sham.

"The ICC of JNU has come up with a notice regarding counselling session for JNU students regarding sexual harrasment. In one of the reasons for requiring such a session, ICC writes: 'girls suppose to know how to draw a tangible line (between them and their male friends) to avoid any such harassments'. This exposes the attitude of victim blaming which the ICC has been practising," the student outfit said.

"This counselling session is a sham and will only lead to making JNU an unsafe space for women," it said.

The JNU administration replaced the Gender Sensitisation Committee against Sexual Harassment (GSCASH) with the ICC in September 2017 in its 269th executive council meeting, a move which was extensively criticised by student and teacher bodies, apart from women's rights organisations

Both Ghosh and AISA demanded the reinstatement of GSCASH.