In the depressive higher education milieu of incompetence, casteism and exorbitant fees, JNU stands out as a beacon of hope for many. 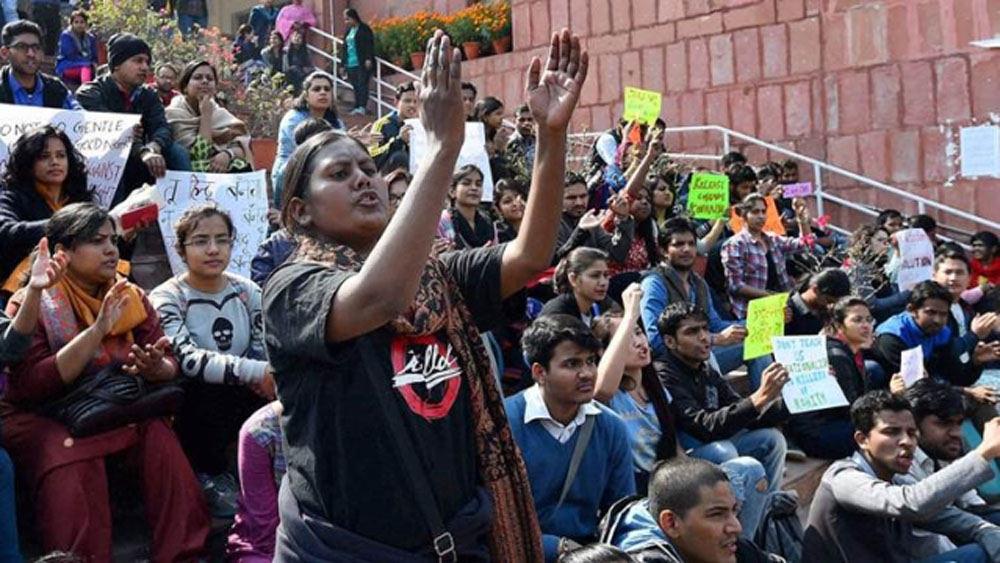 I have often said this with a sense of national, not just individual, pride that I never studied abroad but I have taught abroad. That sense of confidence in one’s academic capabilities is what Jawaharlal Nehru University (JNU) imparted to my generation. As students, most of my generation chose not to even apply for admission to a foreign university. JNU was good enough. Studying at an Indian university rather than going abroad was our concept of nationalism.

This is worth emphasising at a time when hundreds of thousands of school and college leaving Indians are spending upwards of $6 billion annually in tuition fees paid to all manner of institutions around the world and running away from an increasingly unsatisfactory higher educational system in India. Foreign universities are busy selling admission to educational courses abroad in the Indian marketplace.

In the depressive higher education milieu of incompetence, casteism and exorbitant fees, JNU stands out as a beacon of hope for many – offering good quality education at an affordable cost. Moreover, it is still a national brand that enjoys value in the market for research, for jobs in government and, indeed, for further education abroad.

Read Here: Universities Like JNU Have Been Forced To Move Apart From The Nation

In 2015, the Ministry of Human Resource Development constructed a National Institute Ranking Framework (NIRF) and ranked all state-funded institutions of higher education in India. The Indian Institute of Sciences (Bengaluru) topped that list. JNU was at number two. It has retained that rank through the past four years of a motivated campaign against it. At the second position, JNU, in fact, becomes the number one university in the social sciences, arts and humanities.

It is, therefore, unfortunate that rather than strengthening a national brand in higher education, a systematic campaign has been launched in the name of nationalism to tar the image of a premier public institution. Given the manner in which JNU has been targeted by many in the present ruling dispensation, it would seem we have cut our nose to spite our face.

JNU, as indeed any university campus, would always be home to intense ideological contestations. That, in itself, should not be a cause of concern. After all, it is that very campus that has produced students like Nirmala Sitharaman and S Jaishankar who adorn the Union council of ministers as its more talented members.

True nationalism demands that Indian public institutions are academically strengthened and financially provided for. There could be a very good reason why JNU authorities wish to raise the fees charged for both tuition and facilities. This could easily have been done in a consultative and graduated manner so that a single batch of students is not suddenly inconvenienced.

It is the ham-handed management of the institution rather than any matter of high principle that has brought the university to its current impasse. It is not surprising, therefore, that the government has expressed its lack of confidence in the current leadership by appointing a high-level committee to find ways for the restoration of normalcy at the varsity.

The source of the current impasse lies in the rise of prominence of mediocrity in the university’s governance systems. This is a generalised problem of most public universities. As a university rated by the Union government as being at the very top of publicly funded institutions, JNU deserves world-class academic and administrative leadership. Not an ideologically over-enthusiastic mediocrity.

The option of going abroad to seek higher education is open only to the economically better-off sections of society. Those who can afford to pay for private education at home or abroad are anyway migrating. It is only those who cannot afford to migrate or still have that sense of belonging at home that chooses to study in Indian public universities.

The reform of governance at public universities is, therefore, a challenge that must be grasped sooner than later if an increasing number of young Indians are to be discouraged from migrating. Those who celebrate the success of the ‘great Indian diaspora’ should reflect on whether migration is a greater act of nationalism than staying at home and demanding better and more affordable education?

(The writer, a former adviser to Prime Minister Manmohan Singh, is a political commentator and policy analyst. The article has been written by him on invitation)