JNU Sedition Case: Court Asks Where Is Sanction? Cops Say Will Get In 10 Days

Police on January 14 filed the chargesheet at a city court against Kumar and others, saying he was leading a procession and supported seditious slogans raised on the varsity campus during an event in February 2016. 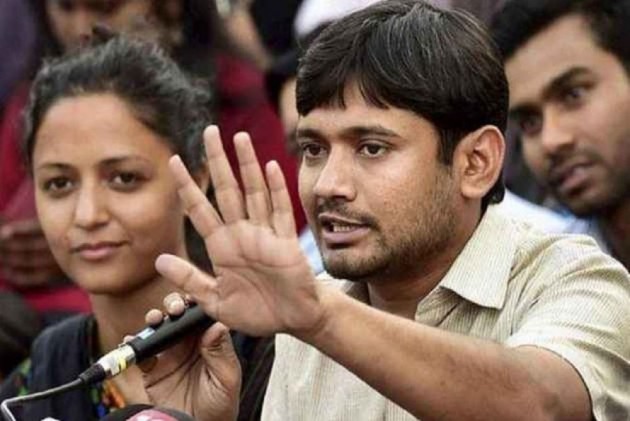 Metropolitan Magistrate Deepak Sherawat granted police time till February 6 to procure requisite sanctions after they told the court they will get the approvals within 10 days.

"Why did you file (the chargesheet) without approval? You don't have a legal department," the court said.

The court is likely to resume hearing on the matter soon.

Police on January 14 filed the chargesheet at a city court against Kumar and others, saying he was leading a procession and supported seditious slogans raised on the varsity campus during an event in February 2016.

Earlier, they had claimed before the court here that Kumar had raised anti-India slogans in 2016 "to incite hatred and disaffection towards the government".

Police cited statements of various witnesses in its chargesheet to state that Kumar was walking along with the protesters where a number of unidentified persons were raising slogans during the event.

The evidence listed by the agency include report of JNU's high-level committee, statement of varsity's registrar Bhupinder Jutshi and the mobile phone recordings in which Kumar was seen arguing with him over cancellation of the programme.

Police said a video shot by a news channel and clips shot by students present at the spot show that Khalid, Bhattacharya and Ashutosh were raising slogans.

It, however, added that the slogans raised by Ashutosh were not anti-national, unlike those by Khalid and Bhattacharya.

Khalid raised slogans as shown in the videos and mobile clips, police said, citing a video which shows him saying, "The programme is against occupation of Kashmir by the Indian State. I am making it very apparent that I am not from Kashmir but I believe that what is happening in Kashmir is Indian occupation of Kashmir..."

Regarding Rama Naga, whose name appears in column 12, the chargesheet said that he delivered speech with contents against the RSS.

On 36 others listed in column 2 of the chargesheet, including Ashutosh, Rama Naga, Banojyotsana, Shehla Rashid and Aparajitha Raja, police said that they were not seen raising anti-India slogans.

A case was registered on February 11, 2016 under sections 124A and 120B of the IPC against unidentified persons at Vasant Kunj (North) police station, following complaints from BJP lawmaker Maheish Girri and Akhil Bharatiya Vidyarthi Parishad.

The event had taken place despite the university administration cancelling the permission, following a complaint from ABVP, which had termed it "anti-national".