JNU Students Lathicharged By Police During March To Rashtrapati Bhavan

The students had planned to march to the Rashtrapati Bhavan from the campus seeking an appointment with the president, the visitor of the varsity to urge him to intervene and ensure that the hike in hostel fee is rolled back. 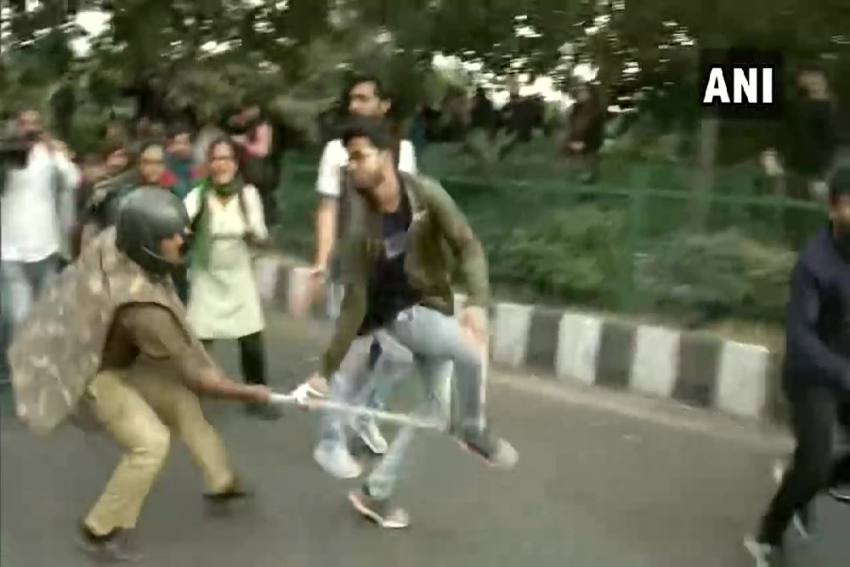 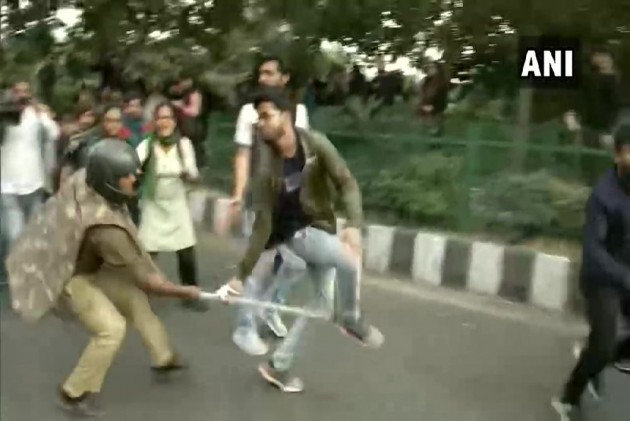 JNU students were on Monday stopped by police and baton-charged near the Bhikaji Cama Place metro station during their march towards the Rashtrapati Bhawan as they sought an appointment with the president over the hostel fee hike issue.

Heavy deployment of police was in place ahead of the march from the Jawaharlal Nehru University. Roads leading to the campus were shut for traffic and appeals made to students to protest peacefully, a police official said.

The students circulated photos, claiming police have closed all gates of the university before beginning the march. As they began, they shouted slogans like "Delhi Police Go Back" and "Education Must Be Free For All" and "Shiksha Bachane Nikle Hain, Aao Humare Saath" (We Are Out To Save Education, Come With Us).

When the students reached a cordoned area near the Bhikaji Cama Place metro station, they tried to jump the barricades and were lathi-charged by the police.

"We were protesting peacefully but suddenly the police lathi-charged us. With the result, all of us got dispersed in different directions and taking advantage of that situation the police has now gheraoed us," Manya Dixit, a JNU student told Outlook.

"I am presently hiding in the bushes. If they (police) see me, they will round me up too," she said over the phone.

The students had planned to march to the Rashtrapati Bhavan from the campus seeking an appointment with the president, the visitor of the varsity to urge him to intervene and ensure that the hike in hostel fee is rolled back.

"The police is not letting us go, instead they are gearing up to beat us. It's evening now, and it is getting dark but we plan to stay here and march towards the Rashtrapati Bhavan as originally planned," she added.

The students have been protesting for over a month inside the campus against the hostel fee hike and have also called for boycott of the upcoming semester exams, despite repeated appeals by the administration asking them to return to classes.

The HRD Ministry had set up a three-member committee to look into ways to restore normal functioning in the JNU and mediate between the agitating students and the administration.

The panel submitted its report to the ministry but no call has been taken yet.