Stanzin Desal, editor of a Leh based fortnightly newspaper, Reach Ladakh Bulletin, says journalism in the region is growing and people have started realizing its importance. 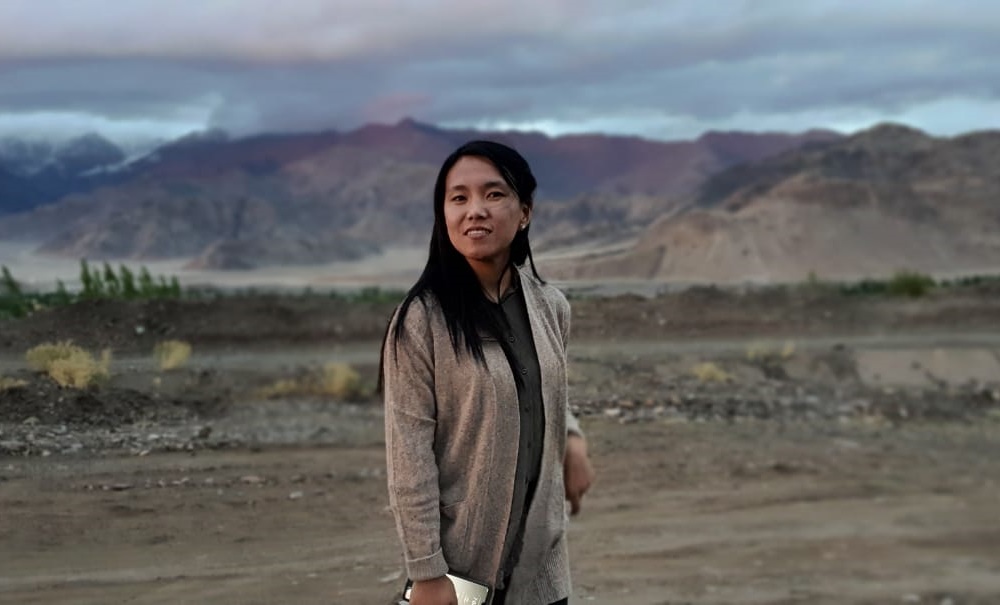 At the age of 31, Stanzin Desal, editor of a Leh based fortnightly newspaper, Reach Ladakh Bulletin, has become the first woman journalist of Ladakh to head the press club of the region. In an election held last week, she was elected as the president of the club. In an interview with Outlook, she talks about a range of issues. She says journalism in the region is growing and people have started realizing its importance.

Press Club Leh was founded on September 27, 2014, a historic day for the journalist fraternity of Ladakh region. The club was established by a few concerned journalists of Leh and Ladakh, to promote and strengthen free, fair, and fearless journalism in the region. Press Club Leh was formed; to provide a common platform for promotion of media in Leh, to encourage healthy debates and discussions, to nurture talent in different media-related fields and to address challenges faced by media professionals.

(Q) How over the years journalism has evolved in Ladakh?

Journalism in Ladakh has come out from a very hard time. Once, publications like Ladakh Melong, Magpie, Kargil Today Magazine were popular. They later closed their publications. Many other media organisations like Reach Ladakh, Stawa, Greater Ladakh, Voice of Ladakh, have come up and they are running successfully so far. Apart from print media, electronic media also started evolving in Ladakh. The electronic media is becoming more popular and stronger day-by-day. Of late, we have seen journalism in Ladakh growing. But I feel there is a need for more professionals and experienced people in this field. A new initiative by Eliezer Joldan Memorial College, Leh to start a Department of Mass Communication and Journalism could bring changes.

(Q) What kind of challenges do journalists face in Ladakh?

Local journalists are working in a harsh topography with very limited resources. Maximum media agencies are privately run and are operating with limited sources of revenue generation. A close-knit society of Ladakh, where everyone is known to each other creates obstacles and challenges of its own. Most unfortunate is to see people refusing to speak about grievances and issues on the record. People do speak off the record at great length but it has its limitations. There is also a lack of reading culture that poses a limitation to the growth of circulation of newspapers in the region. Despite these challenges, journalists in the region are trying their best to highlight public grievances and other issues. There is a growing urge among journalists to focus on investigative reporting, opinions, and news analysis.

(Q) How was the India-China clash along the LAC reported by journalists in Ladakh?

To report on recent Indo-China clashes along the LAC was difficult. There was a lack of information and access. No access was given to cover it from the ground and secondly, there was a lack of official information. At the same time, many local senior journalists worked in collaboration with some national and international media. This has helped fellow journalists from outside to get a real idea and picture of the region and issues of the region. Many local journalists did their best to provide correct information and real issues of the border situation to the people.

(Q) What are your immediate goals as the president of the Press Club, Leh?

I am humbled and express my gratitude to all the members of the Press Club, Leh for believing in me and entrusting me to lead. It is indeed a big responsibility for me to take the charge of Press Club in Leh. The focus will be on encouraging investigative journalism, keeping values and ethics of journalism intact, and living up to the expectations of people. But along with it, my team and I have to complete pending projects of Press club, Leh. I am very hopeful that we will give our best to promote the Press Club further.