Journalist Languishes in Jail Over Facebook Posts In Manipur

Manipuri journalist Kishore Chandra Wangkhem continues to be detained without bail for over a month. 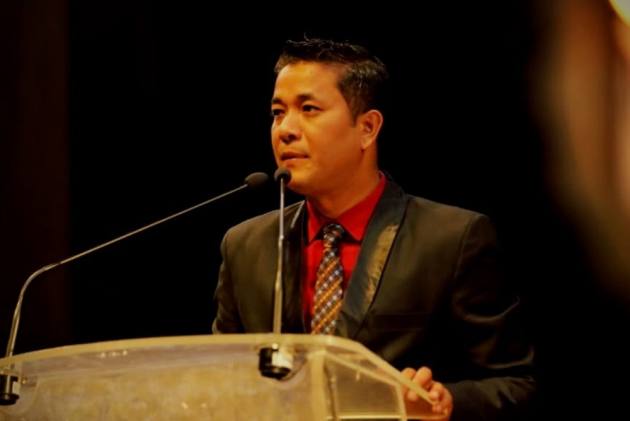 Kishore Chandra Wangkhem, a 39-year-old Manipuri TV journalist, has been in an Imphal prison for over a month now, charged over Facebook posts.

Chandra was arrested on September 29 for the second time on charges of inciting enmity between the two communities. He is currently detained at the Sajiwa Central Jail in Imphal East.

According to the local media reports, Chandra was booked for responding to a viral social media post made by a high-profile BJP politician’s wife.  The post was in response to a reportedly derogatory comment and a "racial slur"’ about her made by a Meitei woman close to her husband.

The wife belongs to the Maram community, a different Manipuri tribe, of the state.

The police, who had opted to turn a blind eye to the alleged post by the woman close to the BJP politician, suddenly sprung to action after Kishore Chandra's post, according to his wife Ranjita Elangbam.

Despite requests, Kishore Chand is awaiting bail even after more than four weeks. Ranjita claimed there is political pressure at play which has led to complacency and inaction over the arrest.

“We will now appeal to the high court soon,” a helpless Ranjita told Outlook.

Earlier, in April 2019, Kishore Chandra was arrested under sedition charges for his statement against the Chief Minister. He had condemned his decision to commemorate Rani of Jhansi's battle against the British in Imphal and had alleged that Rani Lakshmibai had nothing to do with Manipur.