'We Questioned The Way Goswami Was Arrested, We Didn't Demand His Release'

Seema Mustafa, President of Editors Guild of India (EGI), spoke to Outlook about the recent spate of arrests of journalists across the country and her views on an independent press. 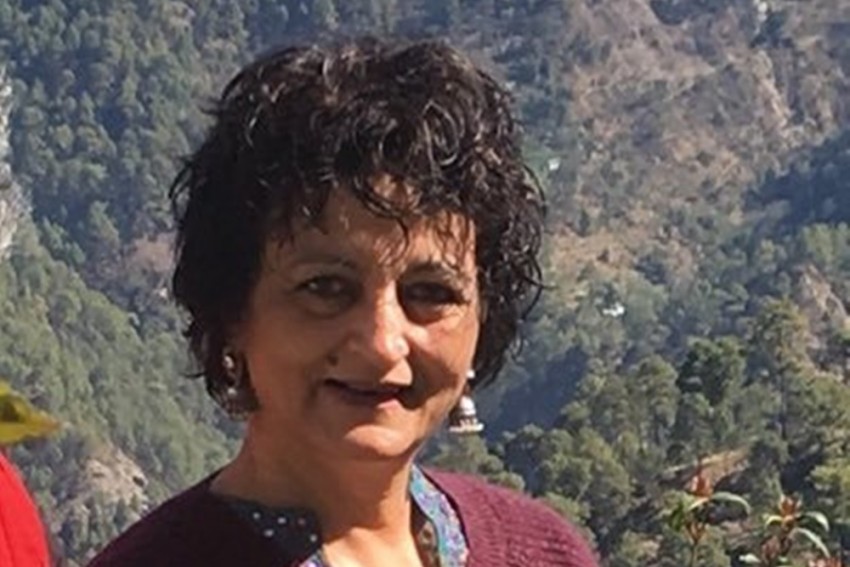 Q) We are seeing a spurt in the arrests of journalists in different parts of the country. Do you think freedom of press is in peril?

There have been many incidents of arrests, intimidation, and attacks on journalists while they are on duty. This amounts to creating a sense of fear among journalists and it interrupts the independent and fair functioning of the media. This needs to be urgently addressed by all concerned. Political parties and the ruling dispensation in states should take a serious look at the issue.

Q) Will the EGI send fact-finding teams to states where journalists are unfairly targeted?
Yes, we are in the process. It is in the pipeline. We will spell out detailed plans soon.

Q) There were strong reactions over the arrest of Republic TV Editor- In- Chief Arnab Goswami. There was an immediate and sharp reaction from the Editor's Guild too. However, the same alacrity was missing in the arrests of other journalists.
The Editors Guild of India issued a short statement questioning the procedure under which Goswami has been arrested. We should learn to look at issues dispassionately. The EGI took a very clear stand about the procedure of the arrest. We didn’t demand his release or question the case as that is to do with the law. The statement said that the procedure of arrest is questionable and that it was. As journalists, we cannot condone police actions. If one condones it on the grounds of non-journalism practised by Goswami then how do we support other journalists, who are unfairly detained?
This is the problem of polarization that it seems even journalists are not free from. If I dislike one journalist, I want the Editors Guild to write a hysterical and emotional counter. Then what happens to the other journalists who you like but others don’t? We want to establish a system that is fair and not dependent on individuals' likes and dislikes.

Q) Media often faces the wrath of ruling dispensations in the states, whichever the ruling party may be. How will one ensure the fair functioning of media in this atmosphere?
As a journalist, I have been around for decades and I have experienced the same. We have been kidnapped by the Punjab police. We had massive encounters with chief ministers, political leaders and I personally had with prime ministers like Indira Gandhi. So this conflict has always been there. What is happening now has a qualitative difference. There is a complete dilution of media ethics. We are losing the respect of people. We are supposed to be writing for the people of India, for the marginalized, and for the disadvantaged. But we are moving away from them to the powerful. We are losing the confidence, trust, and respect of people at large. Journalists were always protected by the people in this country. When we used to go for any coverage of violence, whether communal, caste, or gender violence, it was the people who shielded us from the goons, political thugs, or from the police. Today, it’s all changed. Because of the kind of journalism we see on TV —- we have lost the support of people. And it has become easy for the political class to keep a steady onslaught on innocent journalists, and muzzle the press with arrests and intimidation. These people use methods to spread fear.

Q) How can the media revive trust?
Journalists have to work for independent journalism. We have to let the corporates know that they don’t own us. We have to stand up to political pressure.
Those at the helm have to bring back free and fair journalism. And to be united and work together for press freedom.

Q) Do we need to strengthen the existing mechanisms such as the Editors Guild or Press Council Of India? Do we need more regulation from within the industry?
The EGI consists of editors from across the country. Then there are also state bodies such as press clubs and other organizations that have an important role to play. It is important for all journalists to unite and work in a cohesive manner. The Editors Guild doesn’t have statutory status. We can only point out the wrong. But the government can ignore it. The journalist community is lacking unity, which we had in the 1980s.
Currently, the journalist community is also a polarized lot, just the way society is. Whatever our political views, we all should be united for independent media, ethics, and accountability of the media.