Committee To Protect Journalists(CPJ)said 293 journalists have been jailed across the world in 2021 for their work, with China emerging out as 'worst offender' in 2021. 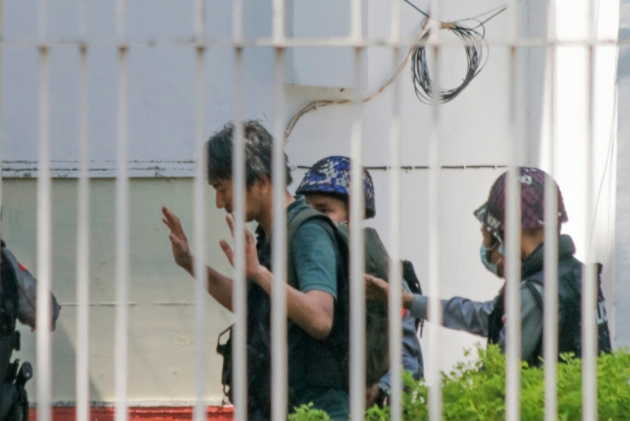 The Committee to Protect Journalists (CPJ) has released a new report showing the number of jailed journalists hit a new record in 2021. With 293 behind bars globally, an additional 24 journalists were killed.

The Committee to Protect Journalists (CPJ) said Thursday that the number of journalists who are jailed for their work worldwide set a new high record in 2021.

Globally, 293 journalists are in prison, with China as the world's worst offender in 2021, according to the CPJ's annual census and global analysis of journalists imprisoned or killed.

This is up from 2020 when 280 journalists found themselves incarcerated as a result of their work.

Worldwide, at least 24 journalists died due to their work over the course of this year.

"Imprisoning journalists for reporting the news is the hallmark of an authoritarian regime," said CPJ Executive Director Joel Simon.

He added that "it is especially horrifying that Myanmar and Ethiopia have so brutally slammed the door on press freedom."

Currently, 50 journalists are thought to be jailed in China. After China, Myanmar has locked up 26 journalists since the February 1 coup this year that saw the military retake control of the state.

Following China and Myanmar, Egypt has locked up 25 journalists, Vietnam has jailed 23 and in Europe, Belarus currently has 19 journalists behind bars.

Turkey, Eritrea, Saudi Arabia, Russia and Iran then follow down the list of countries, with each having incarcerated several journalists.

For the first time, CPJ had to include journalists imprisoned in Hong Kong, most notably the founder of the now-shuttered Apple Daily newspaper, Jimmy Lai.

Traditionally journalists are being charged with anti-state offenses, however, CPJ is seeing a rise in cybercrime charges for content published and disseminated online.

CPJ also noted the arrests and detention of 56 journalists in the US over the course of 2021, with the overwhelming number of those arrests taking place at protests.

Mexico and India: The deadliest countries for journalists

The deadliest countries for journalists in 2021 were Mexico and India. Four journalists were killed in India, while three were murdered in Mexico.

In Mexico, an additional six journalists' deaths remain under investigation.

Beyond that, 18 journalists died in uncertain circumstances that obscure whether their journalism played a role in their deaths.