Justice Gupta, who superannuated on Wednesday became the first judge in the history of the Supreme Court to be given farewell through video conferencing due to the lockdown amid the coronavirus pandemic, said that judges have to identify the problems and deal with them. 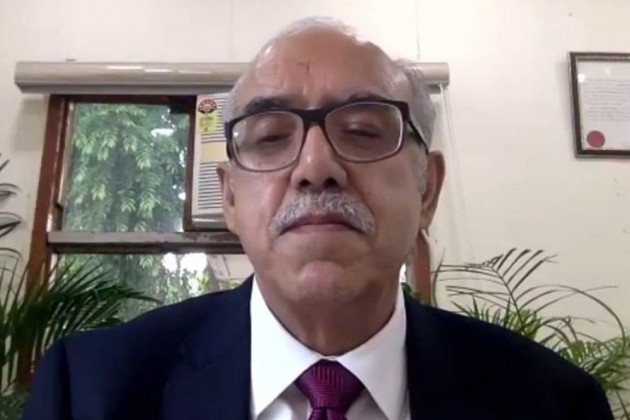 Judges cannot hide their heads like an Ostrich and say nothing is happening to the judiciary as integrity of the institution cannot be put at stake under any circumstances, Justice Deepak Gupta said on Wednesday.

Justice Gupta, who superannuated on Wednesday became the first judge in the history of the Supreme Court to be given farewell through video conferencing due to the lockdown amid the coronavirus pandemic, said that judges have to identify the problems and deal with them.

"In the present day and age judges cannot live in ivory towers but must be aware of what is happening in the world around them. The scales of justice to be really equal, must, in fact, be balanced in such a way that the poor and the underprivileged are not denied justice," he said in the address.

“You see, the country has great faith in the judiciary. I mean, we say it time and time again but at the same time, we cannot hide our heads like an Ostrich and say that nothing is happening to the judiciary. We must identify our problems ourselves and deal with them. The integrity of the institution is something which cannot be put at stake under any circumstances,” Justice Gupta, who served as apex court judge for more than three years said.

He said though he has been called as an activist judge and also an activist lawyer but he had never stepped beyond the boundaries of the law as he knew his limit.

He said that when a judge sits in the court, he has to decide cases strictly in accordance with the law and the Constitution of India is the "Gita, Bible, Quran, Guru Granth Sahib" and other such holy books for a judge.

He added that under the Constitution, a very important role of protecting the rights of the citizen lies with the superior courts and the Supreme Court under Article 32, has its duty to ensure that every citizen of this country has a life of dignity and he is not deprived of right to life, guaranteed to him under Article 21.

“In times of crisis, especially a crisis like this it is not you and I, whose constitutional rights will be violated. It’s the poorest of the poor, whose constitutional rights are always violated. It is these people who have no voice, who suffer. And therefore, if someone who raises the voice for them, I think the courts should at least hear them. Give them a patient hearing, and then if something can be done for them, please do it, if something can’t be done, then the petition has to be dismissed but we must make an attempt to help the poor”, he said.

“I am sure under the guidance of my Chief Justice S A Bobde, and the guidance of my brother and sister judges, the judiciary will rise to the occasion and ensure that people get what is due to them under the constitution,” Justice Gupta said during the farewell organised by Supreme Court Bar Association.

Addressing the lawyers, in a webinar, he said that according to him, the most important attributes of both judges and judiciary are independence, fearlessness and impeccable integrity.

“There can be no independent judiciary, no independent judges, if you lack one of these. In a country, which professes to follow the rule of law and the principles of separation of power, there is no alternative to independent and fearless judiciary. The concept of separation of powers envisages that there is a system of checks and balance and when there is a system of checks and balances, we must ensure that we remain within our boundaries but also ensure that other persons remain within their boundaries”, he said.

Justice Gupta said that whether it’s a politician or a bureaucrat or judges, all take an oath to uphold the constitution and rule of law and have to work to serve the people.

He voiced concern over many of the petitions filed recently in the apex court and said, “I am sorry to say that in last one month, some of the writ petition being filed, I mean they were so poorly drafted and they expect the court to start laying policy etc. You see, what happens is that it damages the cause. If too many petitions like this are filed, then the cause of PIL gets damaged”.

“So my request to the lawyers is not to just jump the gun and file the petition everytime. Think about it, sent it to the government, see their response and then you can do it” he said.

Recalling an incident of Tripura High Court, he said, “One day one of the senior members mentioned that the scales of justice were not even and the eyes of the Goddess of Justice were not blindfolded. I told him, I had purposely done this because of my strong views that in the present day and age Judges cannot live in ivory towers but must be aware of what is happening in the world around them. The scales of justice to be really equal, just, in fact, are balanced in such a way that the poor and the underprivileged are not denied justice”.

Justice Gupta during his tenure as an apex court judge has been part of several notable judgements and orders including 2017 verdict, in which it was held that sex with minor wife despite consent is rape and prison reforms, air pollution, sealing, welfare of widows in Vrindavan.

Thanking his seniors and family members for the support extended to him throughout his career, he said that during the lockdown, his wife had given him the haircut for the today's function.