Opinion: Judiciary, Especially Apex, Must Stand Firm Against Tyranny Of The Executive

When the authority of judiciary takes a hit, the courts become or are perceived to be just another government department, and the rule of law thus stands undermined, and the Constitution mutilated. 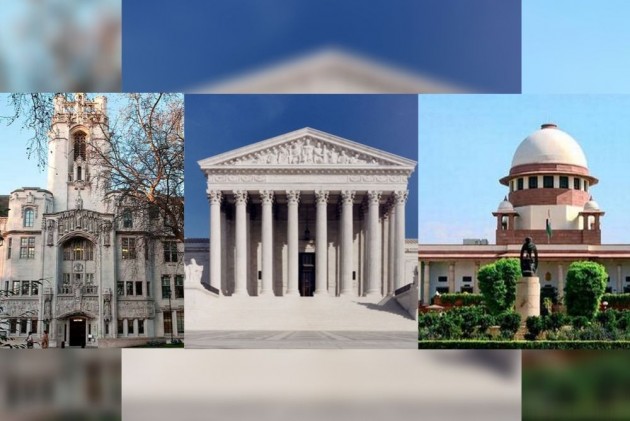 The Prime Minister of United Kingdom, Boris Johnson, took the unprecedented step of recommending the British Monarch that the British Parliament be prorogued for full five weeks from September 9 to October 14, 2019. This recommendation sent shock waves across the Mother of all Parliaments.

Members of Parliament and even British People saw this move as a bid to scuttle a discussion on Britain’s exit from the European Union - Brexit as it is colloquially called. It was but a crude attempt to minimize Parliament’s opportunity to block a no-deal Brexit that was to take effect from October 31, 2019. A no-deal Brexit means the UK would leave the European Union (EU) and there would be no agreements in place about what the relationship between the UK and the EU would be like in future.

However, before Parliament could be prorogued, British MPs passed a law that would compel Johnson to ask the EU for an extension to October 31 deadline if a deal was not arrived at by October 19. On September 9, Britain’s Queen Elizabeth gave final approval to that piece of legislation.

This decision to prorogue Parliament for five weeks was challenged in the British Courts by MPs and people alike. On September 24, in a path-breaking order, all 11 justices of the British Supreme Court unanimously held that the said prorogation was illegal and unlawful. Speaking for the Court, Chief Justice Lady Hale stated, "The decision to advise Her Majesty to prorogue Parliament was unlawful because it had the effect of frustrating or preventing the ability of Parliament to carry out its constitutional functions without reasonable justification." Lady Hale said the unanimous decision of the 11 justices meant Parliament had effectively not been prorogued - the decision was null and of no effect.

The advise of the Johnson government to prorogue Parliament underscores the contempt in which right-wing populists hold democratic institutions. The British Parliament had the unique distinction of sitting right through even the First and Second World Wars. The conduct of war – something considered secretive and sacrosanct by the executive – was transparently discussed in this temple of democracy. Defeats and victories alike were scrutinized. This is where the greatest speeches of our times were delivered. This is where the War Time Prime Minister Winston Churchill mobilized the English language and sent it to war.

Even during World War-I, the British Parliament functioned regularly. MPs who were elected in 1910 had their terms extended till 1918 through a special legislation as it was not found possible to conduct a general election during the war. Their term would have ended in 1915 in the usual course. However, what was striking was that Members of Parliament and staff in both Houses served in the war, which led to interesting debates in Parliament as the MPs in uniform regularly intervened about the prosecution of the war. This was much to the chagrin of their commanding officer as the services felt this undermined their discipline. However, that is what a democracy should be and then you have Boris Johnson who wanted to deprive MPs of time to debate what perhaps is the most momentous decision that Britain faces perhaps in the 21st century –it’s divorce with the European Union.

While the conduct of Johnson is perturbing, the role of the British Supreme Court in protecting the democracy is sterling. Mindful of the separation of powers doctrine and faced with two contradictory rulings by the High Court of England and Wales on the one hand and Scotland on the other, the UK Supreme Court rose to the occasion with aplomb. This should serve as a reminder to other judicial institutions in different geographies that you do not have to crawl when asked to bend.

Similarly, in the United States, another right-wing populist President Donald Trump has refused to cooperate with the US Congress that has launched an impeachment enquiry against him. In an eight-page letter to House leaders, signed by the White House counsel Pat Cipollone, Trump claims he’s being victimized by an “unauthorized impeachment inquiry that conflicts with all historical precedent and rides roughshod overdue process and the separation of powers.” The letter goes on to say that “Given that your inquiry lacks any legitimate constitutional foundation, any pretense of fairness, or even the most elementary due process protections, the Executive Branch cannot be expected to participate in it…. The President cannot allow your constitutionally illegitimate proceedings to distract him and those in the Executive Branch from their work on behalf of the American people.” Thus, another populist has declared himself to be above the law.

This is not the first time this has happened. On July 24, 1973, Richard Nixon also refused to cooperate with the impeachment proceedings against him till the time the US Supreme Court stepped in. He refused to turn over Presidential tape recordings to either Senate Watergate committee or to Special Prosecutor Archibald Cox. In a letter he stated, "the special nature of tape recordings of private conversations is such that these principles (of executive privilege) apply with even greater force to tapes of Private Presidential conversations than to Presidential papers.”

However, the US Supreme Court in a unanimous landmark verdict delivered on July 25, 1974, ruled otherwise. Chief Justice Warren E. Burger delivered the momentous judgment in a chock-a-block and hushed courtroom. His opinion drew profoundly on both the great cases of the court's past, as well as the pro-prosecution diktats of a court dominated by Nixon appointees. Only a few times in its history has the court grappled with such large assertions of governmental power. As in most of those encounters, the justices concluded that the judiciary must have the last word. The last word was that the tapes and documents sought by the US Congress for impeachment purposes must be handed over by the President to the US Congress. In the present context also the US Supreme Court is unlikely to rule otherwise.

In both these instances, the British and the US Supreme Court stood tall and checked the gross abuse of power by the executive. However, the reason they did so is also, because, at the end of the day the judiciary has no army, police or any other instrumentality under its direct command to make the executive comply with its orders. It only has moral authority and institutional integrity that rest on the trust that people -- the sovereign have in it.

When that authority takes a hit, the courts become or are perceived to be just another government department, the rule of law thus stands undermined, and the Constitution mutilated. For the sake of its own credibility, judicial institutions, especially the apex ones must stand firm against the tyranny of the executive. Turkey, Philippines are noxious examples of the toll that right-wing authoritarianism is taking on those systems. Is someone listening?

(Manish Tewari is a Lawyer and Member of Parliament. Views are personal)