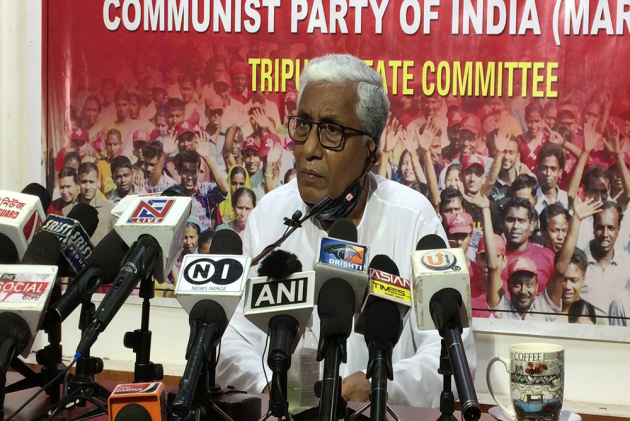 Amid 23 members of poll strategist Prashant Kishor’s I-PAC (Indian Political Action Committee) alleging that they have been detained at a hotel in Agartala, Tripura Opposition leader and former CM Manik Sarkar claimed that the incident is indicative of the “fear of the present state government of losing public support”.

He also alleged that lawlessness under the BJP-IPFT government in Tripura has crossed the limits of “jungle raj”.

While addressing a press conference at the CPI(M) headquarters in Agartala on Tuesday, Sarkar said, “Be it locals of Tripura or those from outside the state, people are being hindered from lawfully collecting information just because they do not believe in a particular ideology. What is going on here? Everybody, irrespective of political differences, can collect information. And nobody can be detained in a hotel (for that). It is infringement of the right to information. Anarchy and rule of the jungle is prevailing in the state.”

IPAC Team Not Under House Arrest But In 'Quarantine', Waiting For Covid Test Result: Tripura Police

Meanwhile, the Tripura police said that the I-PAC team members will have to remain inside the hotel until their test report for Covid-19 is available. However, the I-PAC members have alleged foul play and said that the RTPCR, which is usually available within 24 hours, wasn’t provided to them even after 48 hours.

Trinamool Congress leaders Bratya Basu and Moloy Ghatak are likely to visit Tripura on Wednesday to take stock of the situation.