'Jungle-Raj' Prevailing In Uttar Pradesh, 'Wake Up' Yogi Govt: Akhilesh To UP Governor

Samajwadi Party president Akhilesh Yadav, along with senior party leader Ahmad Hasan, gave a memorandum to UP Governor Ram Naik, and sought his intervention to check deteriorating law and order situation in the state. 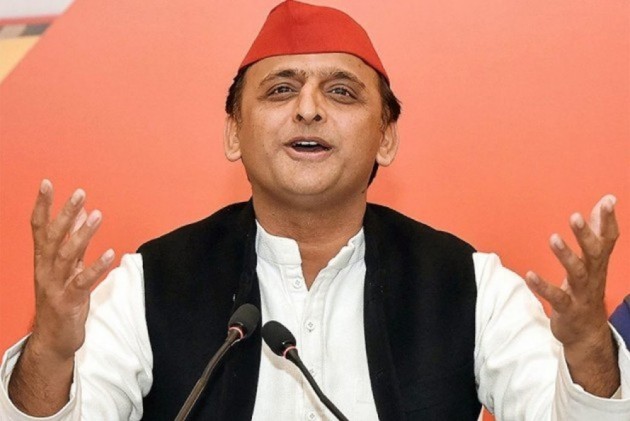 Alleging that "jungle-raj" was prevailing in Uttar Pradesh, Samajwadi Party president Akhilesh Yadav met Governor Ram Naik on Saturday over the poor law and order situation, and asked him to "wake up" the Yogi Adityanath government as he used to do during the SP regime.

"The Governor used to intervene on law and order earlier (during SP regime). It was said that there were only Yadav officers...Now there is hardly any Yadav SP or DM. We have requested him (Governor) to wake up the government and give direction to control the prevailing 'jungle-raj'," the SP chief told reporters after meeting the Governor.

He, along with senior party leader Ahmad Hasan, gave a memorandum to the Governor and sought his intervention to check deteriorating law and order situation in the state.

"Bar council chairperson is being murdered in her chamber. There is murder in jail...How these are happening? The state government is responsible," he said.

Uttar Pradesh Bar Council president, Darvesh Singh was allegedly shot dead on Agra court premises on Wednesday by a lawyer, who then tried to kill himself.