In January 2018, the Supreme Court had constituted a two-member committee to look into the aforementioned cases which were closed for the lack of evidence or due to the shoddy investigation. 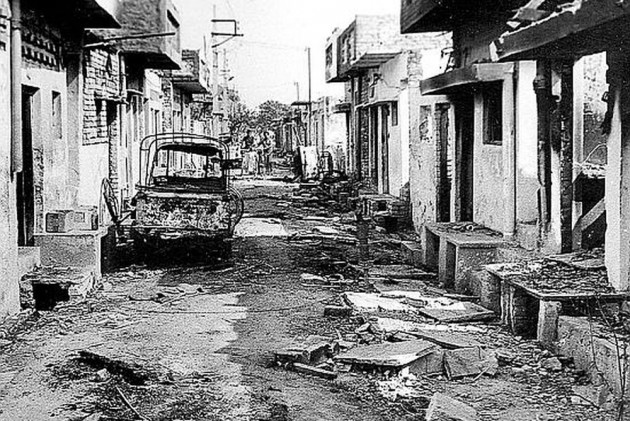 The Special Investigation Team (SIT) examining whether 199 cases linked to the 1984 anti-Sikh riots could be re-opened for the further probe has prepared its report, Outlook has learned.

In January 2018, the Supreme Court had constituted a two-member committee to look into the aforementioned cases which were closed for the lack of evidence or due to shoddy investigation.

Retired Delhi High Court judge, Justice S.N. Dhingra, who also heads the committee, is expected to present the report to the apex court when its two-month-long annual summer vacation ends later this month.

Though Justice Dhingra declined to comment on the exact content of the SIT report, he confirmed that his enquiry had been completed. “The report has been finalized. It won't be proper for me to share the details before submitting the findings to the Supreme Court. We will file an application with the court to allow us to present the report as soon as the summer vacation ends,” Justice Dhingra told Outlook.

However, there's still no clarification on which of the 199 cases could be reopened for the investigation.

The report could kick up a fresh political row over the riots that broke out 35 years ago following the assassination of Prime Minister Indira Gandhi by her bodyguards and led to a massacre of over 2500 Sikhs across Delhi and other parts of India.

Several activists and Sikh organisations, fighting for justice for riot-victims, have often questioned Madhya Pradesh chief minister Kamal Nath's role in orchestrating violence against the community, adding cases against him must be investigated afresh.

Various Congress leaders were accused of actively instigating the riots, and former Congress MP Sajjan Kumar was, in 2018, sentenced to life imprisonment by the apex court for his role in the massacre. Cases against former union minister Jagdish Tytler are still dragging on.

Justice Dhingra refused to comment on whether or not the SIT had found any evidence against Nath.

When the SIT began its probe last year, the Delhi Sikh Gurdwara Management Committee had written to Justice Dhingra, urging him to recommend cases, involving Nath, for re-investigation.

At the time, the SIT chairman had told Outlook, “My mandate is limited to the 199 cases referred to me by the Supreme Court. I do not know, as yet, if the cases against Kamal Nath are part of this bunch. I have called for details of the FIR, and if there is anything against Nath which calls for an investigation, I will decide accordingly.”

The Supreme Court is scheduled to resume regular bench hearings from July 1. Justice Dhingra told Outlook that he hopes that the apex court will give an early date for submission of the SIT report so that further steps on the panel’s findings could be taken, indicating that some of the 199 cases may have been recommended for reinvestigation. The question is which ones?

On January 11, 2018, the Supreme Court had constituted a three-member Special Investigation Team (SIT) to examine if 186 cases linked to the 1984 anti-Sikh riots could be re-opened for investigations. The SIT, the 11th such commission for the riot cases, comprised of Justice Dhingra, IPS officer Abhishek Dular and former special DG of the BSF, Rajdeep Singh. It was supposed to submit the interim report by March 2018.

However, Singh expressed his inability to join the SIT following which it took the Supreme Court nearly 11 months to inform Justice Dhingra that he could go ahead with his inquiry and that the SIT would not have a third member, as had earlier been mandated.

When the two-member SIT finally began its inquiry earlier this year, the apex court referred to it a total of 199 closed cases. These 199 cases were part of an even bigger bunch of 293 cases that had earlier been examined by another SIT set up by the Narendra Modi government in 2014 comprising Pramod Asthana, an IPS officer of 1986 batch, Rakesh Kapoor, a retired district and sessions judge, and Kumar Gyanesh, an additional deputy commissioner of Delhi Police.

The Asthana panel had concluded that 241 out of these 293 cases should be closed. However, petitioner Gurlad Singh Kahlon, a member of the Delhi Sikh Gurdwara Management Committee had challenged the findings of the Asthana SIT in the apex court.

Agreeing that the Asthana SIT had not carried out a detailed probe of the records in over 180 of the 241 cases that it had recommended for closure, an apex court bench headed by then Chief Justice Dipak Misra directed the constitution of a new SIT to inquire if the cases should be re-investigated.

The Centre’s decision to recommend Justice Dhingra as the chairman of the commission had raised some eyebrows since many riots accused see him as a pro-conviction judge. As a judge in the Karkardooma Court, Justice Dhingra had dealt with several cases linked to the 1984 anti-Sikh riots.

At least 16 of the cases being presided over by him had ended in a conviction for the accused, the most famous one being that of Kishori Lal, who was dubbed by the media as the ‘butcher of Trilokpuri’ for his role in killing many Sikhs in Delhi’s Trilokpuri locality. While at the Karkardooma court, Justice Dhingra had also given orders for the incarceration of Congress leader HKL Bhagat in the riots cases.

In 2002, Justice Dhingra had once again hit the headlines when, as the trial judge, he had sentenced Afzal Guru to death for his role plotting the December 2001 terror attack on the Parliament.