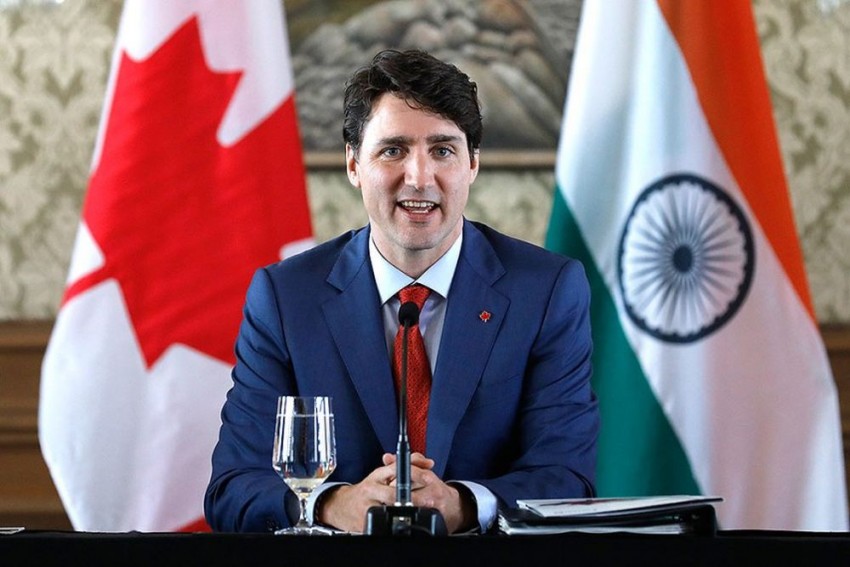 The Ministry of External Affairs on Friday said that in his telephonic talks with Prime Minister Narendra Modi, Canadian Prime Minister Justin Trudeau commended the Indian government's efforts to choose the path of dialogue in dealing with the farmer protests and described it as "befitting in democracy".

"On the farmers' protests, Prime Minister Trudeau commended efforts of the government of India to choose the path of dialogue as befitting in democracy," External Affairs Ministry Spokesperson Anurag Srivastava said at a media briefing.

His comments came following a question on the issue.

"He (Trudeau) also acknowledged the responsibility of his government in providing protection to Indian diplomatic premises and personnel in Canada," Srivastava said.

A readout issued by Trudeau's office on the telephonic talks mentioned that the farmer protests figured in the discussions though the Indian statement on the same had not mentioned it.

"The leaders discussed Canada and India's commitment to democratic principles, recent protests, and the importance of resolving issues through dialogue," the Canadian readout said. It mentioned several other issues discussed by the two prime ministers.

Tens of thousands of farmers have been protesting at three border points on the outskirts of Delhi demanding repeal of the three contentious farm laws. The talks between the farmers and the government are deadlocked as the farmers are insisting on complete repeal of the laws.

In early December, Trudeau, backing the agitating farmers in India, had said that Canada will always be there to defend the rights of peaceful protests and had expressed concern over the situation.

Last week, Minister of State for External Affairs V Muraleedharan said Canadian Prime Minister Justin Trudeau had made a comment on the issues related to the farmers and it was conveyed to Canada that such remarks pertaining to the internal affairs of India are "unwarranted" and "unacceptable".