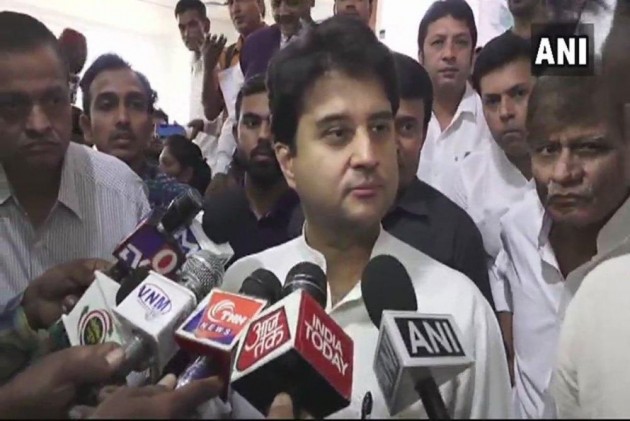 It is proving to be a Sunday of high-profile resignations for the Congress party. Former Guna parliamentarian Jyotiraditya Scindia has resigned as the General Secretary of All India Congress Committee (AICC) and Milind Deora has quit as the party's Mumbai chief.

Scindia, the four-time MP, wrote on Twitter that he had submitted his resignation to the outgoing Congress President Rahul Gandhi.

"We accept people's verdict," Scindia was quoted as saying by ANI. "I thank him (Rahul Gandhi) for entrusting me with this responsibility and for giving me the opportunity to serve our party."

Accepting the people’s verdict and taking accountability, I had submitted my resignation as General Secretary of AICC to Shri @RahulGandhi.

I thank him for entrusting me with this responsibility and for giving me the opportunity to serve our party.

Later, speaking to ANI, he said: " I am not a leader who gives orders to others. I think when there is a responsibility, there comes accountability as well. Even I am responsible if performance isn't good and therefore, I took the decision."

One of the campaign faces for the grand old party,  Scindia had lost to BJP's Dr KP Yadav in Madhya Pradesh's Guna, a long-time bastion of the Congress party.

Earlier in the day, Congress' Mumbai chief Milind Deora had also tendered his resignation and said that he was looking forward to playing a role in national politics to help stabilise the party.

Deora's decision comes months before the state, where the Sena-BJP alliance took the lion's share in the recently concluded Lok Sabha polls, goes to polls.

He also recommended the party set up a provisional collective leadership comprising three senior Congress leaders to oversee the city party unit till the Maharashtra Assembly polls due later this year.