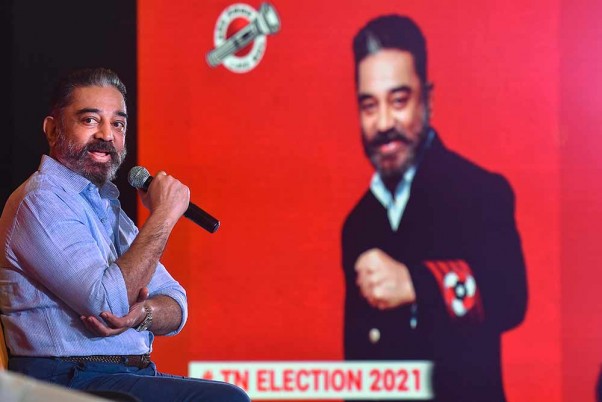 Actor-turned-politician and Makkal Neethi Maiam founder, Kamal Hassan thanked the Supreme Court on Wednesday for staying the implementation of the centre’s farm laws.

Speaking to reporters, Kamal Haasan said, "We profusely thank the Supreme Court for doing this (stay) for the nation. We are grateful."

When pointed to the agitating farmers having reportedly rejected the panel set up by the apex court to resolve the impasse over the farm laws, he said, "at least the dialogue has begun.. if refused we will have to take steps to move further. That is how it will work.."

The Supreme Court had on Tuesday stayed the implementation of controversial new farm laws till further orders and decided to set up a committee to resolve the impasse over them between the Centre and farmers' unions protesting at Delhi borders.

Asked whether his party will be able to translate the crowds that show up during his election campaign into votes, the actor said, "I am very confident."

To another query on reports that he will be contesting from Mylapore assembly constituency in Chennai, he replied in the negative.

Haasan, however, asserted that he would contest the elections.

Noting that the party will field candidates based on merit and honesty and not on their caste or religion, he said there was still time to talk on the alliance.