Kamal Haasan’s Tongue Should Be Chopped Off: Tamil Nadu Minister

Speaking to reporters in Thoothukudi, Minister for Milk and Dairy Development K.T. Rajenthra Bhalaji said Kamal Haasan's tongue should be chopped off for saying that as terrorism does not have any religion 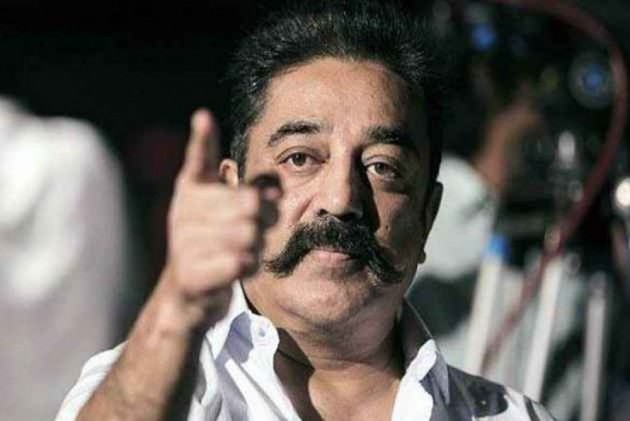 Tamil Nadu Minister for Milk and Dairy Development K.T. Rajenthra Bhalaji on Monday said actor-politician Kamal Haasan's tongue should be chopped off for saying the first terrorist of independent India was a Hindu.

Speaking to reporters in Thoothukudi, Bhalaji said Haasan's tongue should be cut off for saying that as terrorism does not have any religion.

Bhalaji said Haasan made the remark to gain votes of minorities in Aravakuruchi Assembly constituency where a bye-election is to be held on May 19.

The minister said Haasan spews venom and wondered why he was doing that.

Campaigning for his party candidate on Sunday, Haasan has said: "The first terrorist of independent India was a Hindu -- Nathuram Godse."

Godse shot dead Mahatma Gandhi on January 30, 1948 in New Delhi. "I am here to question that killing," Haasan said.

Addressing an election campaign Aravakurichi in Tamil Nadu on Sunday, Haasan, who is the founder of the Makkal Needhi Maiyam (MNM) party said he was one of those "proud Indians" who desires an India with equality and where the "three colours" in the tricolour, an obvious reference to different faiths, "remained intact."

"I am not saying this because this is a Muslim-dominated area, but I am saying this before a statue of Gandhi. Free India's first terrorist was a Hindu, his name is Nathuram Godse. There it (terrorism, apparently) starts," he said.

Haasan said he had come here "seeking answers for that murder," referring to Gandhi's assassination in 1948.

"Good Indians desire for equality and want the three colours in the tricolour to remain intact. I am a good Indian, will proudly proclaim that," he added.