The Congress on Thursday named Nath, the nine-time Lok Sabha member from Chhindwara, to head the state Congress Legislature Party. 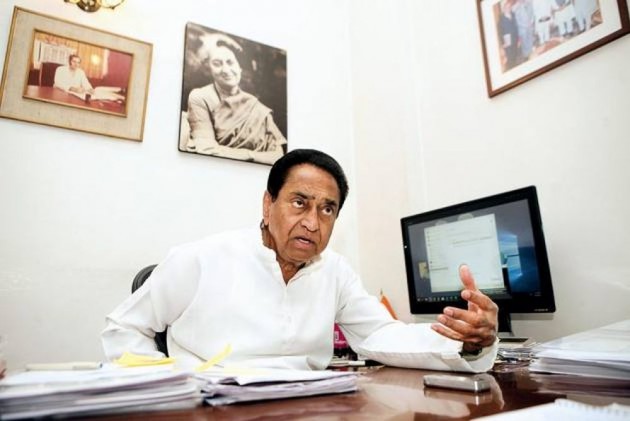 Congress veteran Kamal Nath was on Monday sworn in as the Chief Minister of Madhya Pradesh after his party won the Assembly elections, ending 15 years of BJP rule.

Congress leader Kamal Nath was sworn in as the 18th chief minister of Madhya Pradesh in Bhopal.

Governor Anandiben Patel administered the oath of office to Nath, 72.

The governor had on Friday invited Nath to form the new government in the state.

Nath, who has held several portfolios in the Union cabinet, was appointed the Madhya Pradesh Congress Committee president on April 26 and was at the forefront in steering the party to a win in the November 28 Assembly polls.

The results were declared on December 11.

The Congress, which won 114 seats, has secured support of 121 MLAs, including SP (1) and BSP (2) legislators and four independents, to cross the majority mark of 116 seats in the 230 member Assembly.

The BJP, which ruled the state for 15 years, got 109 seats in the elections. The saffron party's Shivraj Singh Chouhan was the state's longest serving chief minister since taking charge in 2005.