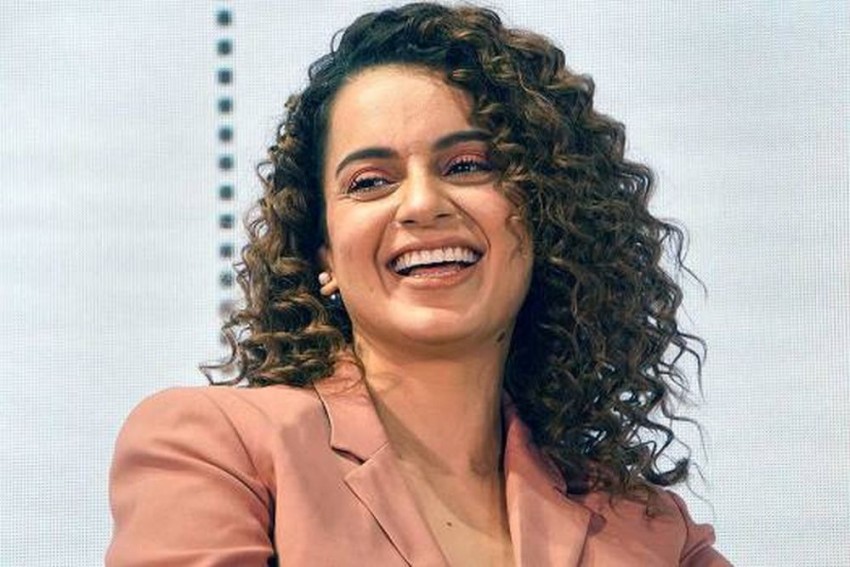 A big controversy over her public statements is not new to Kangana Ranaut. But this time the statement made by Padma Shri recipient - over India attaining freedom in 2014 - has found no takers. At least not in her home state of Himachal Pradesh.

The BJP, which has recently suffered a blow in the four bypolls, including a Parliamentary bypoll in Mandi that happens to be Chief Minister Jai Ram Thakur’s home district, has chosen to remain mum in Himachal Pradesh. The party spokesmen offered ‘no comment’ when approached by this reporter. The same party back in October 2020, following Ranaut’s spat with Shiv Sena and Maharashtra government, had openly come out in her defence. Himachal Pradesh Chief Minister Jai Ram Thakur was prompt in granting Y-category security to Ranaut whom he described as “Himachal ki Beti”.

The Chief Minister could not be contacted on Saturday since he is on tour to Sirmaur to launch new development projects. Only three days back he had congratulated the Bollywood actor for receiving Padma Shri, which he claimed was a big honour for Himachal Pradesh.

State BJP chief Spokesman Randhir Sharma, when insisted for comment, simply added “demand for revoking her Padma honour has no reasoning and logic. Kangana Ranaut was chosen for this rare honour on the basis of her outstanding work in the field of Art and Culture. There are so many film stars who after similar honours have made highly controversial remarks against India. Did anyone ask them to return their honours?”

Congress, the main opposition party in Himachal Pradesh, is meanwhile up in arms, demanding legal action against her and taking away her Padma award.

Jenab Chandel, President Mahila Congress, said, “Her statement on India getting its Azaadi in 2014, not in 1947, is condemnable and unfortunate, besides being shameful and politically motivated to appease Prime Minister Narendra Modi. She must tender an apology to great national leaders and freedom fighters like Rani Laxmi Bai, Mangal Pandey, Rajguru Sukhdev and so many others.”

State PCC president Kuldeep Rathore threatened public protests and even announced his decision to get an FIR registered against her if Kangana Ranaut doesn't withdraw her comments and offer an apology.

Several natives in her village Bhambla—where her family lives, described her ‘habitual’ about making controversial remarks and stirring unnecessary storms . “This is a reality about her. She has been known for being a defiant,” a government teacher in her village told Outlook.

Born in a Rajput family, Kangana Ranaut, though, has quite a liking in a large section of Himachal population after her rise in the Bollywood as a successful actor who has won four national awards. Just like other Bollywood stars such as Preity Zinta—who hailed from Jubbal-Kotkhai area (an apple belt) of Shimla district, Anupam Kher – Shimla born noted actor and Mohit Chauhan, popular playback singer, and recently Yami Gautam ,who hails from Bilaspur.

Earlier she found herself in a row with the Shiv Sena government in Maharashtra in the wake of conspiracies that were followed after the Sushant Singh Rajput death by suicide and her stand against “movie mafia”. Her great grandfather Sarju Singh Ranaut was a freedom fighter and a Congress MLA from Gopalpur twice and her father Amardeep Singh Ranaut is a businessman .

In 2015-16 , the Congress government headed by Virbhadra Singh wanted to make Kangana Ranaut a brand Ambassador to market the state’s tourism potential internationally. It was an idea mooted by former minister Major (Rtd) Vijai Singh Mankotia –who was chairman of HP Tourism board. However the plan never materialised.