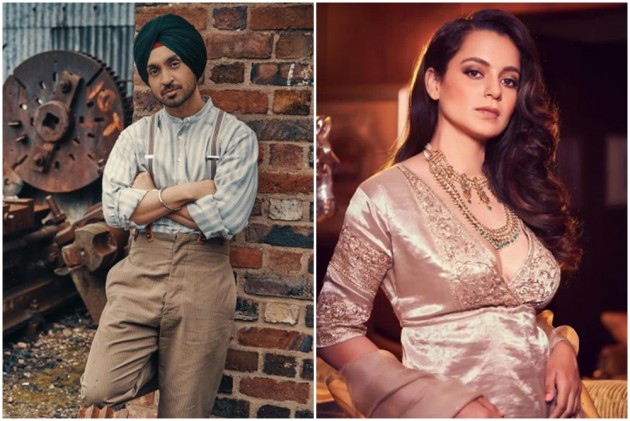 Kangana Ranaut is yet again trending on Twitter, along with Diljit Dosanjh who indulged in a bitter Twitter argument over Shaheen Bagh activist Bilkis Bano participation in the ongoing farmers’ protest.

The 33-year-old actor had falsely claimed in a now-deleted tweet that she had seen Bilkis Bano at a farmers’ protest and accused that she has been bribed to protest.

The Twitter war started between the two when Diljit Dosanjh corrected her by sharing a video interview of the Sikh woman who was wrongly identified by Kangana as Bilkis Bano. After which, Kangana called him Karan Johar’s lackey. She said in a tweet, “The same dadi who was protesting for her citizenship at Shaheen Bagh, Bilkis Bano, was also protesting with the farmers. I have no idea who Mahinder Kaur (sic) is, so stop creating unnecessary drama. Stop this right now."

"These people are not from Bollywood. They belong to Punjab. You can say whatever you like but we won't be perturbed. You are well-versed in lying and manipulating people's emotions," he added.

The argument continued with Diljit telling Kangana to google what he has written in Punjabi while Kangana accused him of defending those who responsible for the bloodshed during the riots in Delhi in February.