'The charge sheet is politically motivated. However, we want the charges to be framed and a speedy trial in the case so that the truth comes out,' said Kanhaiya Kumar. 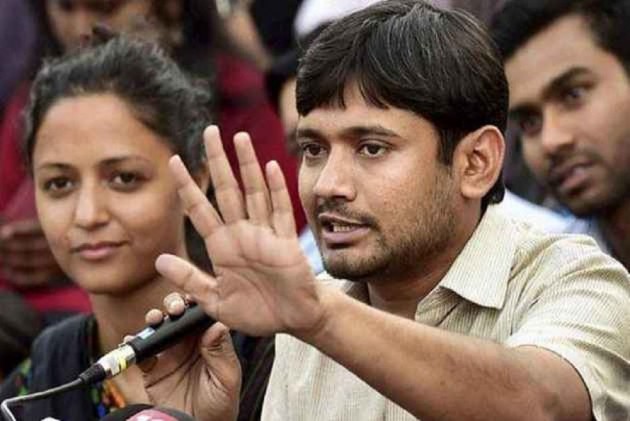 Former JNUSU president Kanhaiya Kumar on Monday termed the charge sheet filed in a sedition case by Delhi police as "politically motivated" and questioned the timing of highlighting the case ahead of the parliamentary election.

"The charge sheet is politically motivated. However, we want the charges to be framed and a speedy trial in the case so that the truth comes out. We also want to see the videos that have been placed on record as evidence by the police," Kumar told PTI.

Khalid, who addressed a student gathering at St. Joseph's College in Bangalore on the "role of youth in safeguarding the Constitution", said, "We reject the allegations. The move to file the charge sheet three years after the alleged incident is an attempt to divert the attention (of the people) right before (parliamentary) elections. We will fight it out in court."

As many as 36 others, including Communist Party of India (CPI) leader D Raja's daughter Aprajita, Shehla Rashid (then vice-president of the JNUSU), Rama Naga, Ashutosh Kumar and Banojyotsna Lahiri have been named in column 12 of the charge sheet due to insufficient evidence against them, police sources said.

Former Jawaharlal Nehru University Students' Union (JNUSU) leader Shehla Rashid, who had led the campaign for the release of Kumar and other students, said, "This is a completely bogus case in which ultimately everyone will be acquitted. The timing of the charge sheet right before the elections just reflects how the BJP wants to reap electoral benefits out of this. I was not even on campus on the day of the event."

CPI Leader D Raja said, "It is politically motivated. After three years Delhi police is filing the charge sheet in the case. We will fight it legally in court and politically outside court."

A case was registered on February 11, 2016 under Sections of 124 A (sedition) and 120B (criminal conspiracy) of the IPC against unknown persons at Vasant Kunj (North) police station following complaints by BJP MP Maheish Girri and the ABVP.

The February 9 event happened despite the varsity administration having cancelled the permission following a complaint by the ABVP, who had termed it as "anti-national".