Videos of the assault, which also shows Afsar Ahmad’s five-year-old daughter pleading with the men to let her father go, had gone viral on social media. 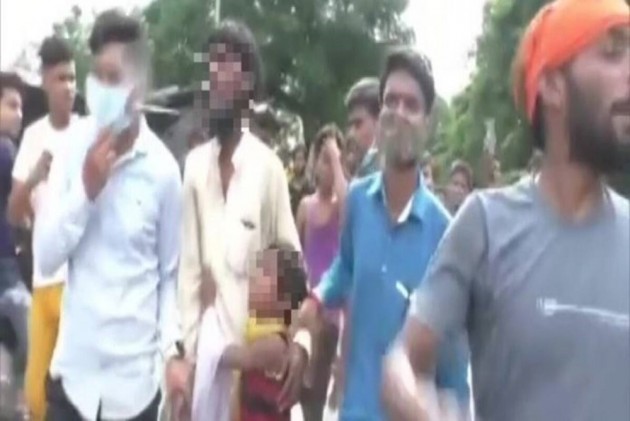 Three persons arrested for assaulting a man in Kanpur and forcing him to chant ‘Jai Shri Ram’ were released on bail by a local court, police said Friday. The incident had taken place at the Kacchi Basti locality in the Barra area of Kanpur on Wednesday.

Videos of the assault, which also shows Afsar Ahmad’s five-year-old daughter pleading with the men to let her father go, had gone viral on social media.

In one of the videos, some men wearing saffron scarves are seen assaulting Ahmad, an e-rickshaw driver, accusing him of raising anti-national slogans. Ahmad is seen pleading repeatedly that he did not raise any such slogan, while his daughter tries to free him. Police had rescued Ahmad and taken him and his daughter to a police station.

Kanpur Police Commissioner Asim Arun said the three men were arrested on Thursday night. One of the arrested, Aman Gupta, has affiliation to the Vishva Hindu Parishad (VHP), police said.

Besides Gupta, the two others arrested are Rajesh, alias Jay, and Rahul.

The accused are aged between 25 and 30. They are residents of the Barra area.

Asim Arun said the victim was saved by police, who brought him to the police station.

On the basis of a complaint by the victim, a case was registered against the people seen assaulting him in the video.

DCP (South) Raveena Tyagi told PTI, “Once the viral video came to our notice, we took cognisance and registered an FIR under relevant sections of the IPC.”

Several teams were formed to identify and arrest the culprits, she added.

After the arrests were made, some people associated with Hindu outfits sat on a dharna outside the DCP office on Thursday night.

They left after police convinced them to end their sit-in.