The Kanwar yatra will be held from July 25 to August 6. 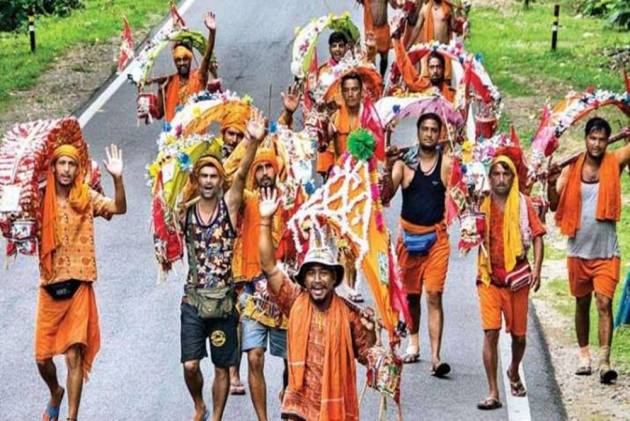 The yatra this year will be held from July 25 to August 6. In 2019, the officials said thatthe last time the yatra was organised, nearly 3.5 crore devotees (kanwariyas) had visited Haridwar while over 2-3 crore people had visited pilgrimage spots in Western Uttar Pradesh.

It’s a pilgrimage organised in the Hindu calendar month of Shravana (Saavan). During these days, saffron-clad Shiva devotees walk barefoot with pitchers of holy water from the Ganga. The water is taken to pilgrimage sites such as Haridwar, Gaumukh and Gangotri in Uttarakhand, Sultanganj in Bihar, and Prayagraj, Ayodhya or Varanasi from Uttar Pradesh.

As per the mythology, the legend of the ritual goes back to the ‘samudra manthan’, which is narrated in the Bhagavata Purana, in the Vishnu Purana, and explains the origin of ‘amrita’. 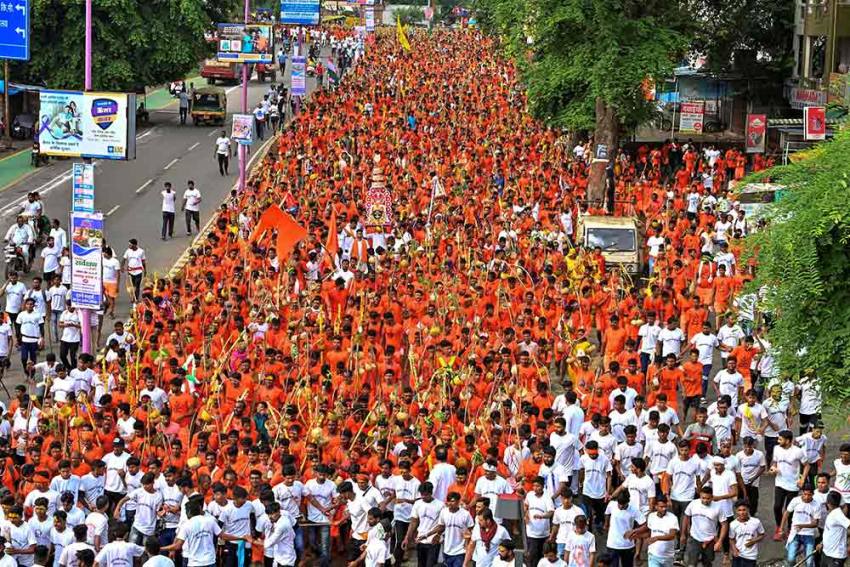 According to it, several divine beings emerged from the manthan along with amrit, as well as ‘halahala’ or lethal poison. All entities approached Lord Shiva the Destroyer, to consume it so that the living worlds could be protected. As Shiva drank the poison, his wife Parvati grabbed his throat in an effort to contain the poison and prevent it from affecting the worlds inside him. Shiva’s neck turned blue from the effect of the poison, which earned him the name Neelkantha, or the one with a blue throat. But the poison still had an impact, and his body was inflamed. To reduce the effects of that poison, the practice of offering water to Shiva began.

The first Kanwar yatra was believed to have been undertaken by Parashuram. While passing through a place called Pura in present day Uttar Pradesh, he was struck by a desire to lay the foundation of a Shiva temple there. Parashuram is said to have fetched Gangajal every Monday in the month of Shravana for Shiva’s worship.

The Kanwar can potentially extend to over a 100-kilometres. While those in Western UP and states like Punjab, Haryana and Delhi generally travel to Uttarakhand, devotees from Ayodhya and nearby districts go to Sultanganj by the Ganga, from where they take the water, go on a 115-km journey to Baba Baidyanath Dham in Deoghar, Jharkhand to offer the holy water to Lord Shiva.

Some travel to Baba Basukinath Dham in Jharkhand’s Dumka district. Others go to Varanasi and offer Ganga water to Baba Vishwanath.

Another important temple where devotees come is the Lodheshwar Mahadev in Barabanki.

The devotees take a bath every time they sleep, eat, or relieve themselves during the journey. Once the Kanwar is filled with holy water, the pitchers should never touch the ground. Also, once the pitchers are filled, the yatra to the shrines should entirely be on foot. Some devotees even complete the entire journey by lying flat on the ground, marking the entire length of their body and repeating the process.

A response would be provided to the court by the given time; however, as of now, the government’s stand is in favour of allowing the Kanwar Yatra in the entire state, Additional Chief Secretary (Information) Navneet Sehgal said while talking about the Supreme Court taking suo motu cognizance of the Kanwar yatra being organised in Uttar Pradesh.

The state government has asked pilgrims to keep their numbers low this year. State officials have also said that a negative RT-PCR test report could be made compulsory for the Yatra, if required, the Indian Express reported. The administration plans to set up Covid care booths, with masks, sanitisers, testing kits, pulse oximeters, and thermometers, etc. along the roads taken by the devotees.