The mob lynching of a young man inside a Gurudwara near Nijampur village in Kapurthala in Punjab has led to an arrest and outrage. 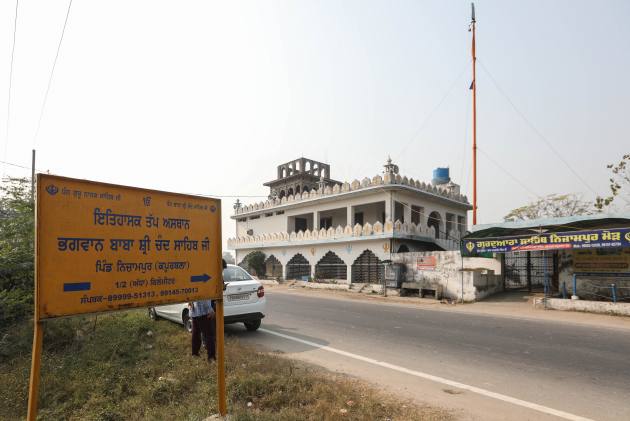 On December 20, 2021, following the mob lynching of a young man inside a Gurudwara near Nijampur village in Kapurthala, Punjab police registered a case against the slain person under the provisions of the law that deal with the charges of sacrilege. Four days later, the police concluded that the mob killing was in fact a well-planned murder. It arrested the complainant Amarjit Singh, a granthi at the Gurudwara, and registered cases against 100 people, of whom 25 had sharp-edged weapons, who were present at the crime spot when the unidentified person was murdered.

“The investigating police team will bring everyone to justice in this brutal murder of an innocent unarmed person. The law will set an example here,” Gurinder Singh Dhillon, the inspector general of police (IGP) Jalandhar, told Outlook. “On the day of the incident also police had found that there was no physical evidence of sacrilege act. But in view of the sensitivity of the matter, a case was registered under Section 295 (A) of IPC. In the same case, we have arrested the complainant now. The law is very brutal and clear on this.” Section 295 (A) of the Indian Penal Code (IPC) makes “deliberate and malicious acts intended to outrage religious feelings” a punishable offence. “Again I confirm it that we found nothing during our investigation on the basis of which we could pinpoint that sacrilege was involved in the case,” he added.

“The innocent young man was killed as part of a well-planned conspiracy. The complainant, Amarjit Singh, who is also a granthi of the Gurudwara where the incident took place, is the main instigator. He gathered the crowd. He invited his allies over the phone and live-streamed the entire episode. We are trying to find out as to what was his intention behind the killing,” IGP Dhillon said, adding that the allegations of theft against the slain youth were being investigated.

The slain young man was killed at a Gurudwara Nizampur Morh, a day after another unidentified person was lynched at the Golden Temple Amritsar on December 19. While the incident took place amid heavy police presence, the grisly incident was live-streamed on Facebook. The fortified Nizampur Gurudwara is situated across the road from a police chowki Badshahpur.

In a video, Amarjit Singh, the complainant and now the main accused in the murder case, can be heard saying that when he woke up to some noise at around 4-40:30 am, he saw the slain youth heating rotis and making tea. In his police complaint, he had alleged that an unidentified person had entered the premises of the Gurudwara and committed sacrilege. During that course, he has stated, the accused was detained and tortured which resulted in his death.

The police reached the Gurudwara at around 7:30 am when a frenzied crowd started swelling up, according to police. “The DSP, the SP and the SSP also reached the spot. In spite of the repeated requests, Amarjit Singh and his people refused to hand over the youth to the police,” IGP Dhillon said. “After verification, among others, the police have added in the original complaint section 302 (murder), 307 (attempt to murder), 353 (criminal force to deter public servant from discharge of his duty), 186 (obstructing public servant in discharge of public functions), 148 (rioting, armed with a deadly weapon), 149 (unlawful assembly guilty of the offence committed in prosecution of common object) IPC along with 120 (B) (punishable criminal conspiracy) IPC on December 24. These sections have been added as a cross-case of murder in the initial case registered under section 295 (A) on December 19, 2021, police station Kotwali, Kapurthala,” he said. “Amarjit Singh, the complainant, has been arrested as main accused in the murder. The case has been registered against unidentified 100 persons. At least 25 were carrying sharp-edged weapons at the time of the incident. The visuals showing them are available on social media. We will identify them and the law will take its course.”

As per the postmortem report, he added, there were more than 20 injury marks of sharp-edged weapons on the body of the slain youth. “The SHO was present at the spot and witnessed everything. He narrowly escaped bullets that were aimed at him but hit the floor. The pistol was recovered from the spot along with two empty shells of cartridges,” he said, adding that “at least three cops were also injured as the police tried to take custody of the boy who had been held hostage inside a room.