On the Speaker's directive, Chief Minister H.D. Kumaraswamy on Monday ordered the SIT probe into the audio tape he released on February 8 to expose Yeddyurappa's alleged attempt to lure Kandakur to join the BJP. 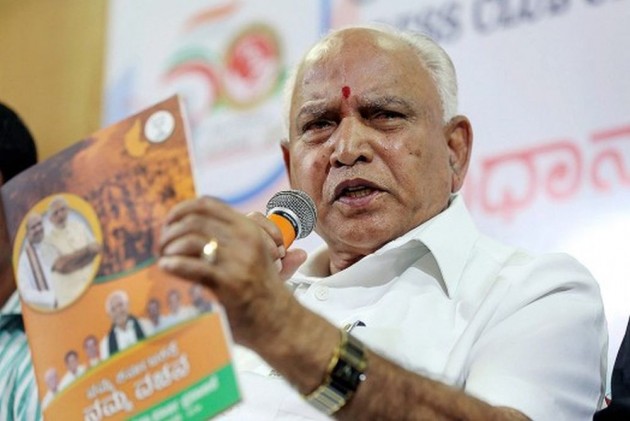 "The Speaker should order a House committee probe or judicial inquiry into the audio tape as we do not trust the (state) government to hold a fair probe by its police monitored SIT," Bharatiya Janata Party MLA J.C. Madhuswamy said in the Assembly amid a ruckus between the ruling and opposition members.

Echoing Madhuswamy, another BJP MLA Suresh Kumar said his party feared a Special Investigation Team (SIT) probe would lead to a witch hunt against its members.

Yeddyurappa Offered Rs 10 Crore For Each Of Our 18 MLAs To Destablise Karnataka Govt: Congress

"Hence, we urge a judicial probe into the audio tape," Kumar told the Speaker.

On the Speaker's directive, Chief Minister H.D. Kumaraswamy on Monday ordered the SIT probe into the audio tape he released on February 8 to expose Yeddyurappa's alleged attempt to lure Kandakur to join the BJP.

The Speaker has asked for the inquiry report in the next 15 days.

Rejecting the BJP's demand, Kumar said an SIT probe was desirable as a judicial inquiry would be delayed.

Kumar adjourned the House proceedings when the ruling and opposition members levelled charges and counter-charges during the debate on the issue.