The Congress, which had won 12 of those 15 seats in the previous election, suffered a huge blow as it bagged only two seats -- Hunsur and Shivajinagar. 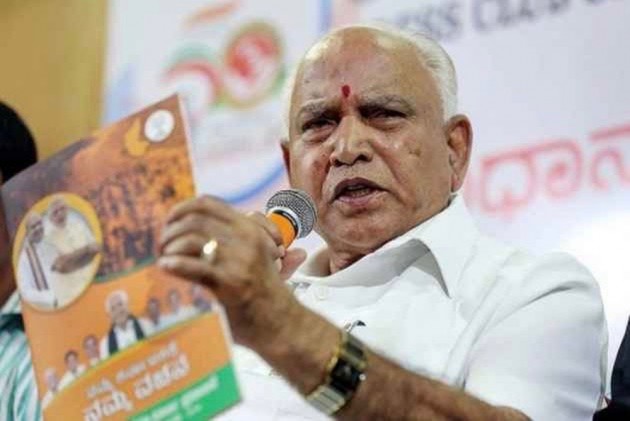 The ruling Bharatiya Janata Party (BJP) on Monday comfortably crossed the majority mark in the Karnataka Assembly, bagging 12 of 15 constituencies in the bypolls. The Congress only managed to win two seats and JD-S scored nil.

Karnataka CM Yedyurappa said, "I am happy that people have given a very good verdict. Now, without any problem, we can give a pro-people and a stable government."

BJP candidate from Yellapur Arabail Shivaram Hebbar became the first candidate to register
a victory in the bypolls. Hebbar defeated Congress' Bhimanna Naik by a margin of over 31,000 votes, poll officials said.

Acknowledging people's verdict, senior Congress leader DK Shivakumar said the party will have to come to terms with the mandate of the voters of these 15 constituencies. "People have accepted the defectors. We have accepted defeat, I don't think we have to be disheartened," he said.

The Congress, which had won 12 of those 15 seats in the previous election, suffered a huge blow as it won only two seats -- Hunsur and Shivajinagar.

The JDS, headed by former Prime Minister H D Deve Gowda, which had held the remaining three seats, lost in all the 12 segments where it fielded candidates.

BJP candidate Narayana Gowda defeated B L Devaraj of JDS by over 9,700 votes in K R Pete of Mandya district, that has been dominated by Congress and JD(S) for decades, and BJP had no presence.

Gowda is one among the three disqualified JD(S) legislators who the BJP had fielded as its candidate in the bypolls.

Prime Minister Narendra Modi, addressing a poll meeting in Jharkhand, hailed the BJP's performance and accused the Congress of stealing the people's mandate in Karnataka through the back door, contending it has been taught a lesson in the just-concluded bypolls.

The result has decided the fate of BJP government in the state as well as of those 13 rebel MLAs, who had sought the re-election following their resignation from erstwhile Congress-JD(S) coalition.

The elections were held for 15 Assembly seats which were left vacant after the legislators resigned in July, triggering the collapse of the Congress-JDS coalition and paving the way for the BJP to come to power.