Karnataka's anti-cow slaughter bill seeks a total ban on slaughter of cows in the state and proposes seven years' imprisonment and Rs 5 lakh fine for the offenders. 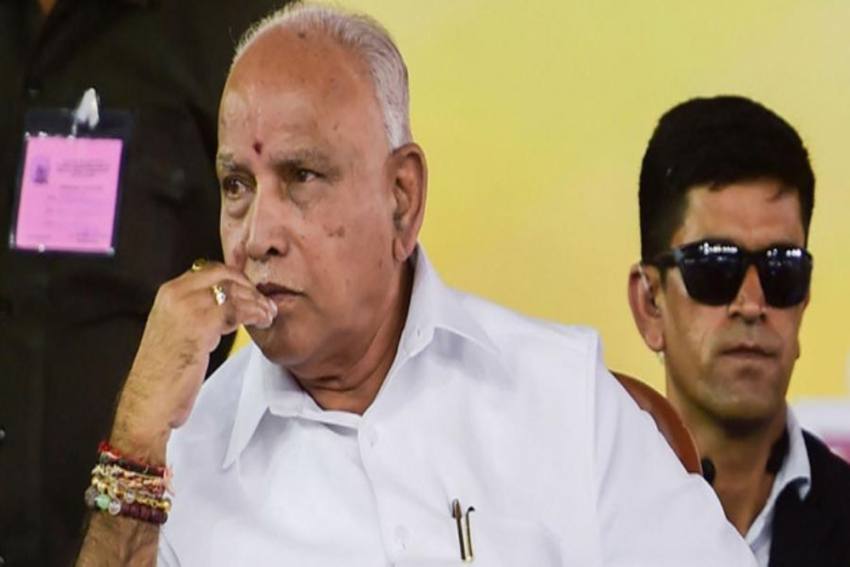 The Karnataka cabinet on Monday decided to promulgate an ordinance to give effect to the contentious anti-cow slaughter bill that is yet to be approved by the legislative council.

Once it comes into effect, there will be a blanket prohibition of slaughter of cows in the state.

However, slaughter houses will continue to function and beef consumption will not be prohibited with respect to buffalo meat.

"The anti-cow slaughter law is not new. We have had it for decades.

Previously, there was a ban on slaughter of cows until the age of 13. We have extended it with an intention that older cows should not be left out.

Since the prohibition does not extend to buffaloes, there is no ban on beef consumption," Law and Parliamentary Affairs Minister J C Madhuswamy said.

Speaking to reporters after the cabinet meeting here, he said the ordinance is likely to be sent to the Governor within a day for his assent.

The government is also considering building 'gaushalas' (cow shelters) to ensure that aged cows that are not used for milching do not become a burden on the farmer, he said.

The Karnataka Prevention of Slaughter and Preservation of Cattle Bill-2020 bill proposes a maximum of seven years' imprisonment and fine of Rs five lakh for the offenders.

It seeks a total ban on slaughter of cows in the state and provides for stringent punishment to those who indulge in smuggling, illegal transportation, atrocities on cows and slaughtering them.

The council was adjourned sine die even before the bill was tabled there for passage.

For a bill to become law, its passage in the legislative council, followed by assent by the Governor, is necessary.

Noting that objections the Centre had on the then BJP government's anti cow slaughter bill of 2010 has been addressed, Animal Husbandry Minister Prabhu Chauhan said the earlier one also prohibited slaughtering of buffaloes.

In the present bill, the prohibition is for slaughtering of buffaloes until the age of 13, he said.

In a statement released by his office, he said cow is the root of Indias culture, faith and farmers livelihood.

Expressing concern over the decline in the number of cows year after year, he called on everyone to rise above politics to work towards the growth of the states cattle assets.

"Opposing the Bill just for the sake of politics and misleading the public is intolerable," he said.

Even a day's delay would lead to slaughter of 662 cows, he said.

"If it continues at this pace, we arent far away from a time when cows will only be read about in books.

Stopping illegal transportation and slaughtering is our priority," he said.

The bill had widened the definition of 'cattle' and imposed a blanket ban on cattle slaughter, coupled with stringent penalty clauses for violation.

However, the Siddaramaiah headed Congress government that came to power in 2013 withdrew the bill that was before the President for his assent.

After BJP came back to power in the state, several party leaders have been making a pitch to re-enact the anti-cow slaughter law.

Chauhan, along with officials, had even travelled to Uttar Pradesh and Gujarat to study and gather information on implementation of the laws there, before bringing the 2020 bill to assembly earlier this month.

According to sources, BJP, that hurriedly tabled the bill and ensured its passage in the assembly in the winter session, did not do so in the council,sensing that the numbers were not in its favour with opposition Congress and JD(S) against it, and may refer it to the joint select committee.