Having run the government with a 'one-man cabinet' for over 20 days, the chief minister had on Saturday managed to get the nod from BJP national president Amit Shah to undertake the exercise on August 20. 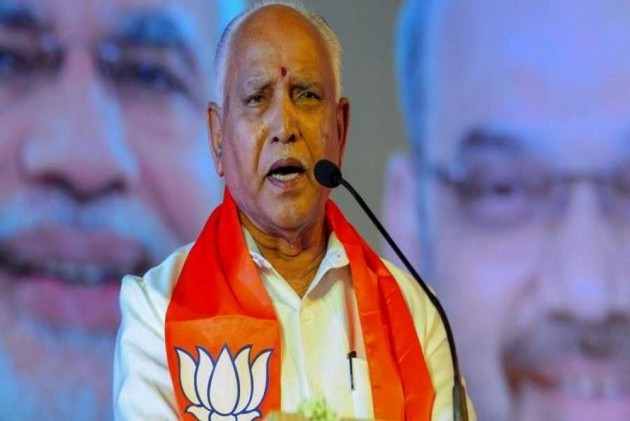 Karnataka Chief Minister B S Yediyurappa on Tuesday expanded his cabinet by inducting 17 ministers in the first phase after he assumed office on July 26, and proved his government's majority on the floor of the Assembly on July 29.

Having run the government with a "one-man cabinet" for over 20 days, the chief minister had on Saturday managed to get the nod from BJP national president Amit Shah to undertake the exercise on August 20.

Among those to be administered the oath of office and secrecy by Governor Vajubhai Vala at the Raj Bhavan at Begaluru at 10:30 am were Govind Karajol, Ashwath Narayan C N, Laxman Savadi, K S Eshwarappa, R Ashoka, Jagadish Shettar, B Sreeramulu and S Suresh Kumar.

The chief minister had sent an official list of 17 ministers to be inducted into the cabinet to the governor, requesting him to administer the oath to them.

With no clarity on who all were to be inducted into the ministry till Monday night, aspirants and the state BJP leadership were anxiously awaiting clear instructions from the party high command in Delhi.

Amid pressure from within, the opposition Congress and the JD(S) too had hit out at the BJP over the delay in cabinet expansion and had even raised questions about government's "existence".

The Congress had claimed that Yediyurappa's one-man cabinet administration "resembled the President's rule".