There has been simmering discontent within the BJP in Karnataka, after recent cabinet expansion of CM Bommai. 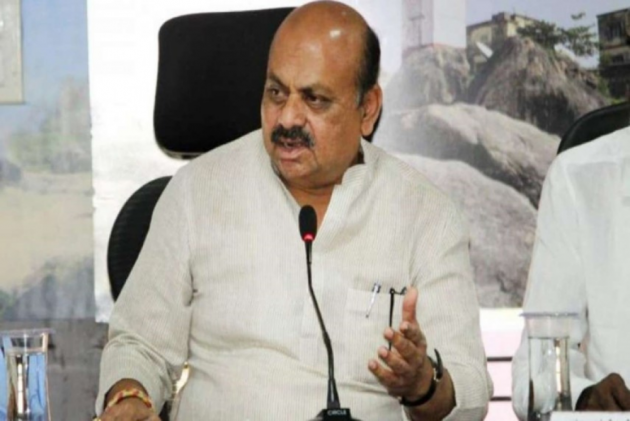 Refuting any discontent within BJP over recent portfolio allocation, Karnataka Chief Minister Basavaraj Bommai on Monday said there is no confusion regarding it.

"There are no confusions (regarding portfolio allocation)...Anand Singh (disgruntled Minister) had come yesterday, I have spoken to him, I have told him several matters, he is satisfied. I will call him in a couple of days and speak to him once again. There is no confusion in any way," Bommai said

He said "native" BJP leaders like S A Ramadas from the district being unhappy over not being part of the Ministry, he said, "He is a good friend, I was in touch with him during the cabinet process. I will talk to him. He too is aware of several matters and how it (cabinet exercise) was done."

"As a senior politician he has understood that the cabinet expansion has taken place is a special circumstance. I will speak to him, everything will be resolved," he added.

The Chief Minister had last week expanded his new cabinet, by inducting 29 Ministers and had allocated portfolios to them on Saturday.

At least two Ministers- Anand Singh and M T B Nagaraj-have openly expressed displeasure about their portfolios, while there are several legislators who are sulking on not being inducted into the cabinet.

Meanwhile, Bommai said he has accepted his predecessor B S Yediyurappa's request to withdraw the government's order granting him Cabinet-rank minister status.

"I have accepted it, he (Yediyurappa) has sent a letter yesterday. He has said that he doesn't want a position equivalent to a Cabinet Minister. We have accepted it and will provide him facilities that should be given to immediate past chief ministers," he said.

The government on Saturday had issued an order providing Yediyurappa all facilities on par with Cabinet-rank ministers and had said that it will be applicable until Bommai is in office as the Chief Minister.

Expressing confidence about getting approval for the Detailed Project Report (DPR) on Mekedatu project across river Cauvery, the Chief Minister in response to a question said he will be visiting Delhi to discuss the project with the union Minister concerned and inform about the facts and Supreme Court orders.

He said he will also hold a meeting with the state's legal team along with Water Resources Minister Govind Karjol regarding the legal steps to be taken to exercise the state's right over excess water in the Cauvery basin.

"We have already submitted the DPR to the central government, to the Central Water Commission (CWC) and they have said that they will give approval to it soon. There are certain process, once that is completed I'm confident about getting the approval," he said, adding that state will take all the necessary steps to start the project.

Accusing Tamil Nadu of playing politics on the water issue, Bommai said there are parties there, who have gained power on the issue of Cauvery water.

"They always continue to play politics on the issue, but it should be kept in mind that the river is for the benefit of the people and farmers and not for politics," he added.

Mekedatu is a multipurpose (drinking and power) project, which involves building a balancing reservoir, near Kanakapura in Ramanagara district.

Tamil Nadu is against the project and is of the opinion that it is against its interests.

The project once completed is aimed at ensuring drinking water to Bengaluru and neighboring areas (4.75 TMC) and also can generate 400 MW power, and the estimated cost of the project is Rs 9,000 crore.(With PTI inputs)